Vaclav Vojtisek is releasing a new plane for 2011, called Stinger and suited for F3B and F3F. 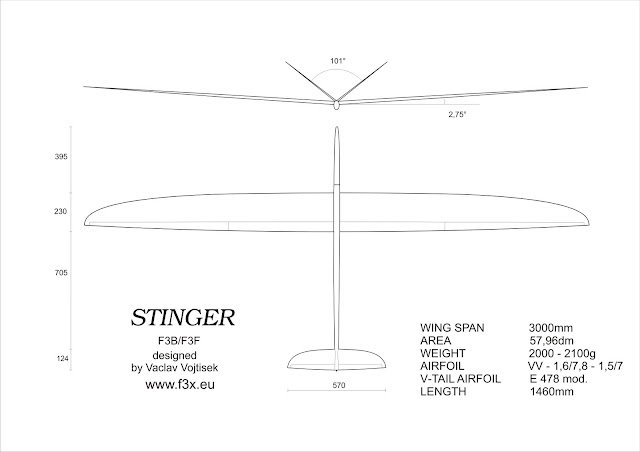 The Stinger has the same wingspan and similar planform than the Dingo. The root section has a thickness of 7.8% and camber of 1.6% and finishes at the tip with 7% of thickness and 1.5 of camber. It should be a fast plane ! Availability is announced for May 2011.