I received the brand new MKS servos, called DS6125-E. This servos is a improved version of the DS95. It has the same servo case, in aluminium, and therefore the same dimensions. 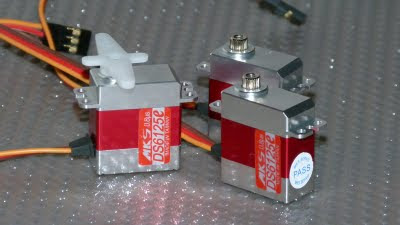 The electronics and gear train is different to give a better torque and improved speed.Also the dead band is better. The servo dead band is measured in microseconds, and is an indicator of the "electrical slop" of the servo's electronics. To simplify, it measures the resolution of the servo.

This means for us a more precise servos, which is always a good thing. I installed in my Vampire F3F 2 x DS95, and flew it during the beginning of the season. My feedbacks are excellent. The servos is so fast and precise that it follows the radio stick oscillation.

See my posts and video here.

What I also like in the DS95, so the new DS6125-E servos is their dimensions. F3X sailplane fuselage are usually very thin, making the radio installation sometimes tricky. Using these servos made me to save place on the servo tray and have more space for the receiver and the batterie. I appreciated it on the Vampire for example. 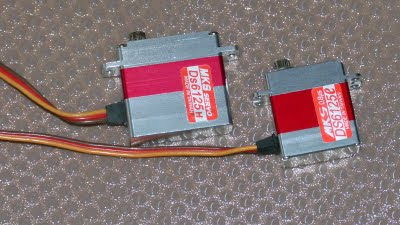 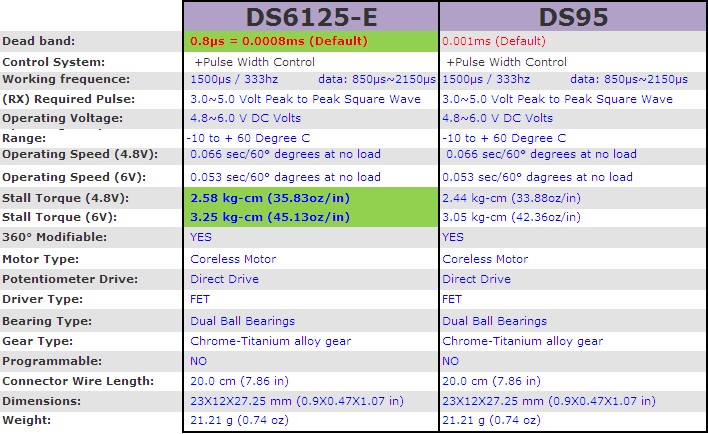