The Monteynard Village and the lake from the sky 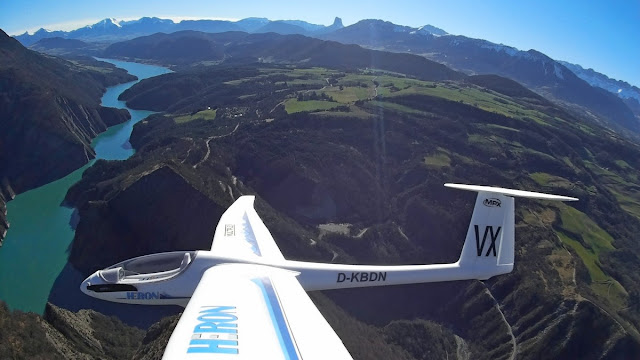 Monteynard is a small French village, located in the department of Isere and the Rhone- Alpes region, 787 meters above sea level. Its inhabitants are called the Monteynardons and Monteynardonnes . The municipality covers 10.7 km ² and 506 residents since the last population census dates back to 2007.

The village overlooks the lake of Monteynard-Avignonet, an artificial water reservoir for the Électricité de France power station on the Drac River. The lake was created in 1961, when the 145-metre-high dam was built. The lake is 10 kilometres long, and in some places up to 300 metres wide.

This lake is often windy and wavy. It is considered to be one of the best places for windsurfing and kitesurfing in Europe. It is also an important site for fishing, as it has a great variety of fish species. Swimming in the lake is permitted.

This afternoon, I drove there and had a super flying session with my Heron by a wonderful day and no wind at all. I did some aerial pictures with the mobius action cam. 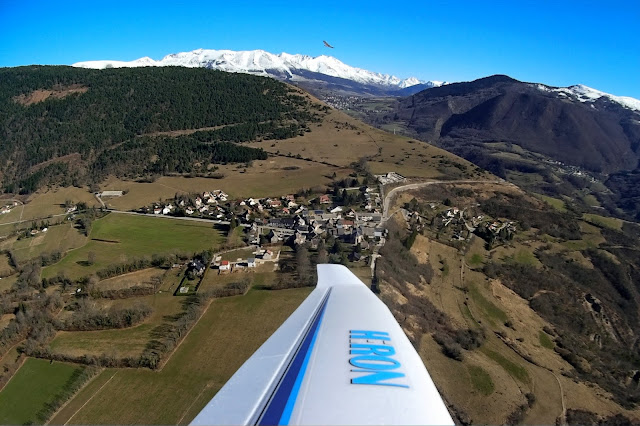