Make your own BlueTooth RC Throwmeter ! 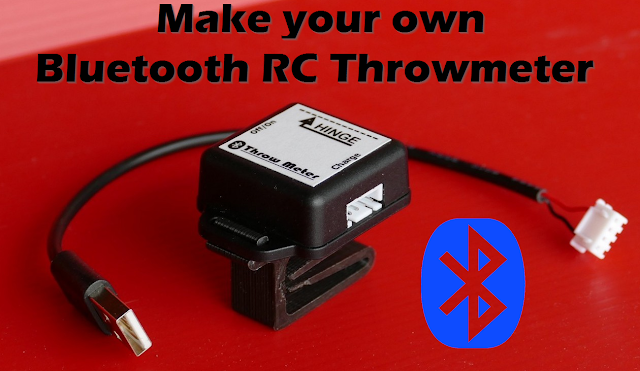 by Yannick Selles and Pierre Rondel

The purpose of this article is to propose you to "build" your own Bluetooth throw-meter for a very reasonable cost. It doesn't require any soldering or cabling. You just need to have access to a 3D printer and that is all !

Initially, he bought 2 exemplars of the board, then bought a 1s lipo, a micro switch, and designed the case and the clips. Later he discovered that the same component existed with a case the battery, the switch, the charging plug, and a charging cable for 4 euros more. It saves a lots of soldering and cabling, so the final version we propose hereafter is based on this model. 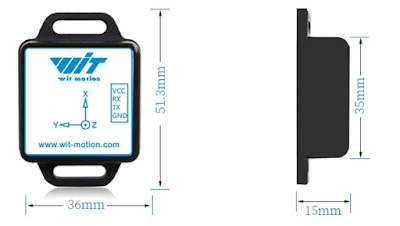 The component is the BWT61CL  from Wit Motion, a Six axis Bluetooth attitude angle sensor with battery incorporated. It can by bought on aliexpress or amazon US and cost around 20 Euros, free shipping.


It is based on the JY61 sensor, has Bluetooth or serial connectivity, integrates a dynamic Kalman filter algorithm, an internal voltage stabilizing circuit module, voltage 3.3v~5v. The only drawback it has is that the Bluetooth BLE is only compatible with android. The battery has  a 150mA capacity so last for a long operation time.

As I said in introduction, the work is limited to the 3D printing of the clips that allow to fix the device on the trailing edge of the glider. It has been designed on DesignSpark (original file .rsdoc), and I'm providing the .rsdoc original file in addition to the STL file. 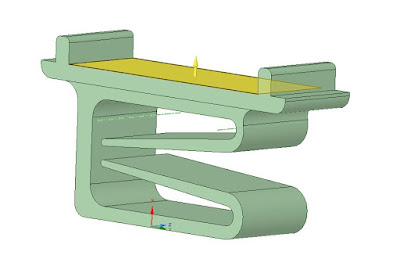 The clips is removable so the device, its clips and the charging cable can be carried/stored in the plastic box it was received in.

Just print the part, in PLA or PETG or ABS, 100% in fill for me. The dimension is optimised for F3x plane wings and tailplanes. To protect the surface of the control surface and avoid the clips to slide/shift, I added a piece of rubber (a small piece of bicycle inner tube) on the clips surfaces, with double side tape. 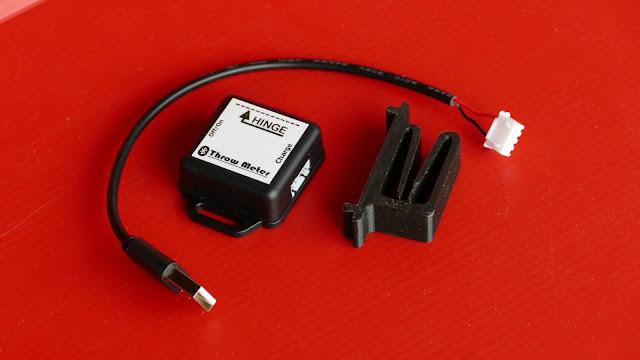 Print the sticker using the .pdf provided. Prior to apply it, don't forget to remove the other sticker. Protect the printed paper with transparent tape at the top, and double side tape on the other side, and position it on the top of the case, respecting the correct orientation (Charge, On/Off). This will give you the orientation when using it, pointing where is the hinge.


PDF file for the sticker

The Android App has been developped by Yannick. The .apk file can be downloaded from here:   Android App .apk file (new version available from the 6th of February 2019)


The App is divided in several screens, the start screen giving access to the top left menu, the "Sensor BT" screen to bind the App with the throwmeter, and finally the "Throw Meter" screen where everything happens once binded.

Connect the cable provided to the balancer Plug. The red led is ON during the charge and switch off once charged

Move the sliding switch from right to left. The blue led is blinking which indicates that the device is waiting for the binding.

Pairing your Android smartphone for the first time

On in the parameter/bluetooth menu and scan for new device. The RC throwmeter will show as HC-06. When asked, enter the code 1234. The throwmeter is now paired, you can open the App.

Binding with the App

If the device is providing inconsistent or weird measures, it probably needs a full calibration using the manufacturer App you can download here.  To do so, once selected the correct chipset model, click on SET (top left) and then "Acceleration calibration". 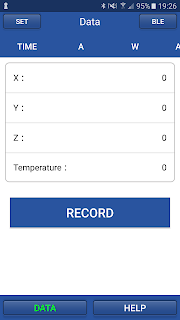 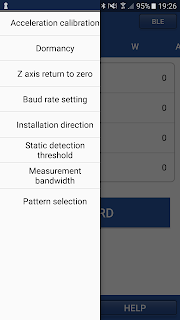 The device is supposed to do a calibration at startup. It is recommended to do it with the device installed on a horizontal surface. Once done, you can clip the device on the leading edge of control surface you want to measure. When your control surface is at its neutral position, proceed to a  new "Reset Angle" in order for the device to know its spacial position and be ready to measure the angle. 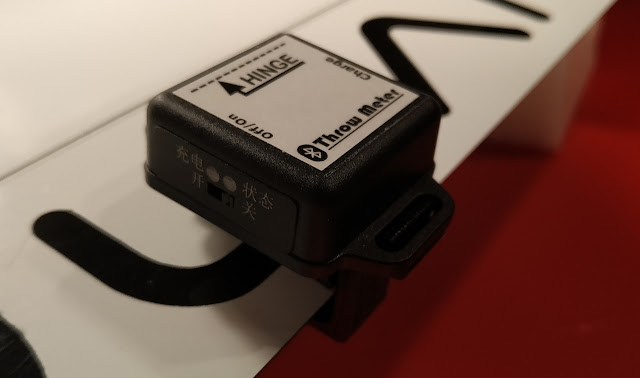 Measure the chord of you control surface and click on the chord field at the top of the screen to enter the value. There is no unit so it can be mm or inches. Travel will be shown in the same unit. 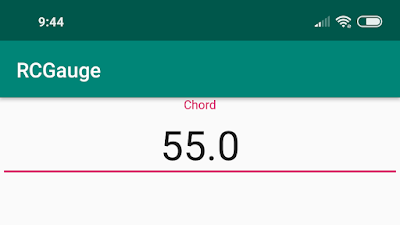 Max UP and Max DOWN

This is a very useful feature that allow you to quickly measure the Max UP and DOWN travels of a control surface. 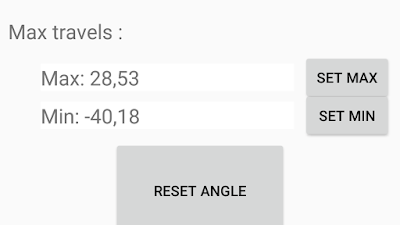 SET Max UP and Max DOWN

If your objective is to do the settings, not to measure, you can enter the Max UP and Down value separately to indicate to the App to display an alarm (Red color) when the max value is exceeded.

When the travel value exceed the max Value set, the corresponding line is going RED, but will continue to record the max value, even if it is above the limite. So you need to reset time to time to erase the max travel recorded and check your setting.

Hope you will enjoy this Bluetooth RC Throwmeter ! We will probably release new versions in the futur, but be patient.
- February 02, 2019 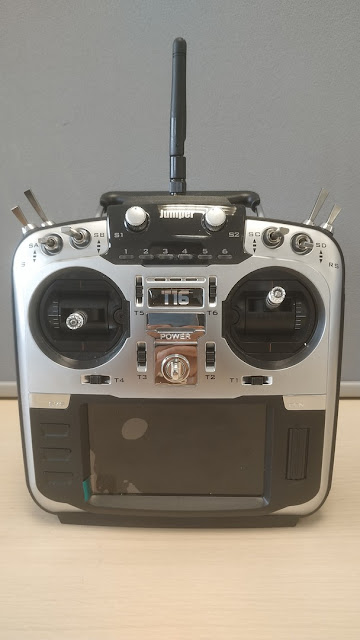