The Shark XL is not really a new item, but remains a reference of the 4-5m fully moulded category. It has been designed few years ago by the Logo Team (Switzerland) who was very active in F3B in years 2000.
Last week-end, I had the opportunity to see the Shark XL belonging to Philippe Lanes. The flight is very impressive. It can climb almost vertical, dive deeply and reach very high speed, always with elegance and class. The perfect plane to fly on large mountain slopes and do thermal hunting, then aerobatic, then speed, all in the smae flight. This is a 4.5 m F3B with amazing perfomances. Its characteristics are the following.


Here are some pictures taken at Laurac slope last Thursday. I have some material to prepare a short video about it. So Stay tuned !

Video: Solius at the slope with very light wind

This short video is taken while flying the Solius at the slope with a very light wind, about 2m/s.

My report about the F3F world championship in Rügen has been published in the paper magazine "Modèle Magazine" (May issue). This may issue of Modèle Magazine includes lots other articles about sailplanes, with both very technical (aerodynamics), reviews (Supra competition, MPX solius) and reports (F3J Eurotour in France, F3F worlds).

Following the bankrupcy of Graupner, its liquidation and the creation of a new company named Graupner/SJ, everybody was worried about the futur of Tangent which became part of Graupner few years ago. The good news is that Tangent will survive as an independant entities. The Tangent Modelltechnik crew is composed of some old graupner employees, and also the previous owner of the company. This will allow to restart the production soon, which is critical as stock is now zero everywhere as some of you has noticed, and continue with innovations and new models. Tangent is also planning to open a piloting school. In brief, Tangent is back, which is a good news for everyone !
- April 22, 2013 1 comment:

RC Soaring Digest, May issue has been released 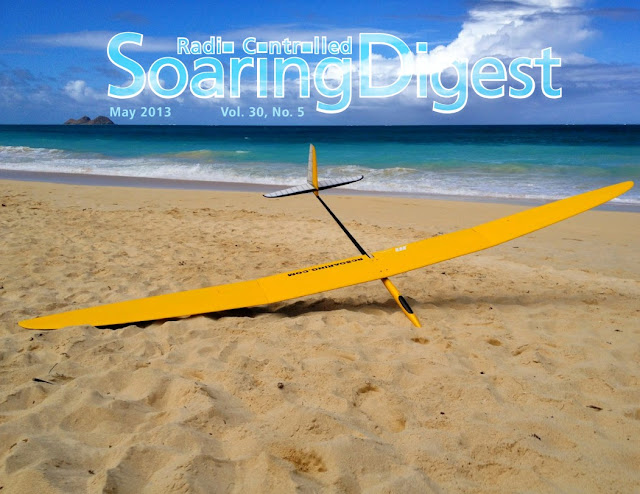 The May issue of RC Soaring Digest has been released. You can download it at the following address: http://www.rcsoaringdigest.com

Last sunday afternoon, by a beautiful afternoon, I fixed a Keycam #16 V2 Lens D on my Pike Precision to filmed the following video. It was lot of crosswind so I did only sport flying with some light aerobatics, not more. Overall, I'm very happy with this keycam. It is for sure not comparable to the fantastic GoPro 3 black edition, but the Keycam delivers nice videos, and is so light that it can be mount easily almost everywhere.

Below are some aerial pictures of the plateau Matheysin. The Plateau Matheysin is located in the Isère département, 30 km south of Grenoble when heading to Gap. Its average elevation is 1,000 m. These mountains overlook a succession of four lakes of glacier origin called the Laffrey lakes.
I used my Easystar 2, equiped with the GoPro3.

The 4 last pictures are taken from my TBS discovery quadcopter. These are picture of the statue of Napoleon, on the road Napoleon: Route Napoléon is the road taken by Napoléon in 1815 on his return from Elba. It is now a 325 km section of the national road N° 85, starting from the french riviera to Grenoble. This statue is just before the road goes down to Grenoble valley

Solius: another onboard video

Another video filmed last saturday.It has been filmed in 2 locations. First at the slope, but with the wrong wind direction as the wind was somewhere in my back :( . We don't see it really on the video, but conditions were very bumpy, Then I went to a flat field to continue my afternoon.As you will see I lost the canopy during the flight. It seems that the canopy lock is too weak. I will add some magnet to improve this.

Flying the Solius, the video

Here is a video shooted yesterday at lunch break, using my GoPro3 on the helmet and the keycam #16V2 Lens D onboard.

Schulze is out of business

After Graupner liquidation, and the creation of a new company Graupner/SJ, this is now Schulze which is out of business :(
Schulze was very popular for their great FM receivers, and also their chargers. I guess they missed the 2.4Ghz turn, or simply couldn't fight with competition from Asia. 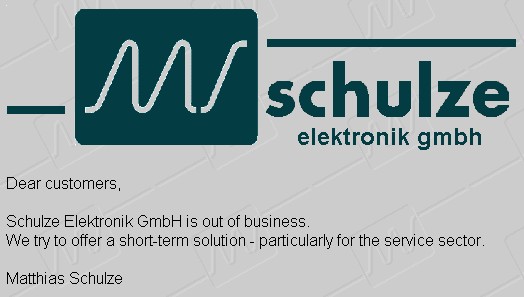 Here is the video I edited using the few video sequences I did over the competition and jsut before. It is a bit shaky sometimes, sorry about that. The GoPro3 doen't like to be held in hands. It is much better on an helmet which acts like a stabilizer. Lesson learned !

Every year, easter is the time to drive to Spain for 3 to 4 days in order to participate to the F3F open of La Muela. This year the major novelty was that the contest was on 3 days instead of 2 days the previous year. What a good idea !
On the weather side, with the early date (end of march) combined with a cold and snowy winter, we were a bit worried. Center od spain can be very cold in winter (continental weather) with lots of rain.

Competition started on Thurday around midday, to allow some of the competitors to drive in the morning. It was a good opportunity to test the slope in slowly growing conditions. After a briefing at 1:30, we started the competition at 2pm on the south slope. 30 pilots allows to have quick rotation, so mmore rounds. We managed 5 rounds in the afternoon before the sunset. Round 1 was suspended during 20 minutes because of a rain shower. Wind was relatively stable between 7m/s to 12 m/s. At the end of the Day, Inaki was leading the competition followed by Matthieu and myself.

Friday forecasts were bad, but we still could hope dry weather window in the afternoon, which didn't happen unfortunately. We spent the day at the bar La Muela, with games, wifi, cafe, beers and good sandwitches. Around 3:30pm the organiser decided to declare the day OFF, as no improvement was expected. Low clouds and fog was straying on the slope, with some frequent showers.

Saturday was planned to be shiny and windy. When we arrived on the slope around 9 am, the wind was blowing from west, very strong, that is to say around 22 to 23 m/s average with spikes over 25 m/s. Competiton resumed at 10 am. from 10am  to 5pm we did 10 rounds. At the beginning the wind was strong and stable, but as soon as the sun arived on the slope face, the wind decreased constantly and even dropped time to time around 5m, with some crosswind from the left. It made the flight very challenging, forcing competitors to change all the time the ballast to adapt to conditions of the instant. Times were oscillating between the very very fast to the very very slow (for exemple 33s to 57s for me...). My team mate Philippe Lanes beated the slope record with a superb 28.94 flying his Freestyler 4.3 (FS4 wings on a FS3 fuselage). Top position were swapping round after round between Matthieu, Inaki and I, until Inaki get a zero + penalty flight after doing a cut and stalling during the recovery.

On the organisation side, everything was smooth and perfectly ran. The round result and updated general ranking was displayed few minutes after the end of the round. The timing system worked perfectly, with automatic reporting into the calculation computer. For the lunch, the organiser proposed typical spanish sandwishes (Lomo, chorizo, Pancetta) prepared on order at the bas La Muela on the road down from the slope.

Price giving happened around 6 pm, to declare the podium, and the fastest time of the slope, before everybody returns home (14 hours drive for us). Matthieu wins the competition. I follow very closely with 50 pts less over 14000 ! Philippe finishes 3rd, followed by Inaki, Gerardo, Frederic, and Alvaro. On the plane side, lots of Freestyler 4, 4.3 or 3, few Pikes Precision, Vampires, Alliajs HM. Personnaly, I'm pretty satisfied with my Pike Precision which demonstrated to be at the level of the FS4. Then this is the pilot who is sometimes under (with 2 cuts for exemple).

I want to say an HUGE "thank you !" to the organisers, and especially the bases judges who stayed during all week-end to beep us. La Muela is definitively a great competition: 15 rounds in 1.5 days (if we remove friday) is a great achievement which demonstrate the efficiency of Miguel and his great team. The slope showed that it can be very fast, the scenery remains very beautiful, and the people very friendly. Everything we are looking for to make a competition a sucess and return with plenty of souvenirs.

Below is my Picasa photo album. More to come with a video. Stay tuned !