HV6130 and HV6130H: A concentrate of power and technology in a small package ! 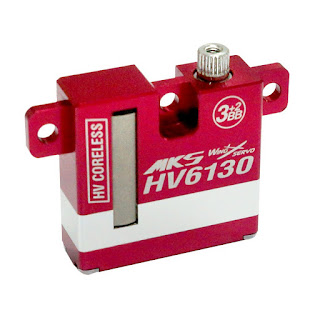 MKS is releasing 2 new servos for the glider enthusiasts we are, the HV6130 and HV6130H (upright mounting tab for fuselage use) ! They use the same form factor than the DS6100 / HV6100 / HV6110 but use all metal case, and feature an upside-down high quality HV coreless motor installing, to reduce space. This servos will therefore easily fit in the smallest wing servo bay, used with RDS or LDS, or fuselage, and provide an incredible torque between 6kg under 6V to 8.1kg under 8.2V !!!

They are positionned between the 6125 and 6625 family, but are smaller than both. You will find the spec drawing below. They integrate 2 new interresting features with in addition to 3 ball bearings, 2 additional jewel bearings to strengthen the structure, and a Built-in Safe 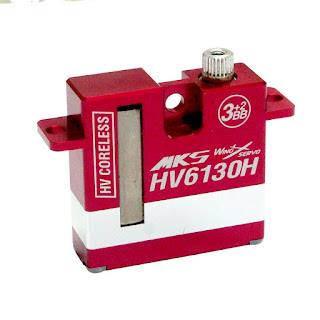 System, which works as a protection against voltage draw when servo overloading and allow to land the plane safely. 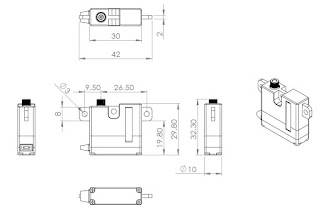 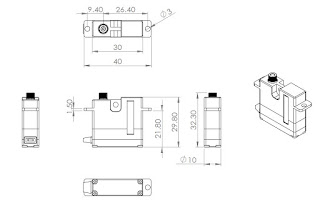 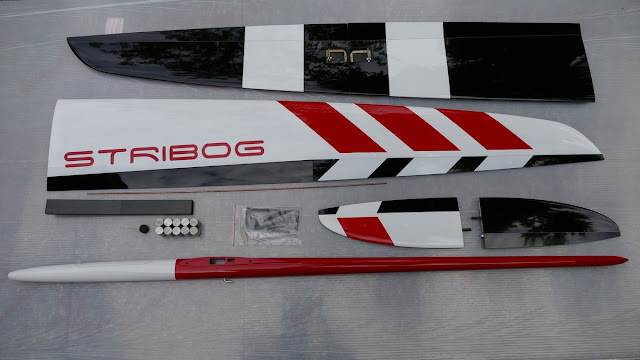 Stribog (Stribozh, Strzybóg, Стрибог) is the god and spirit of the winds, sky and air; he is said to be the ancestor (grandfather) of the winds of the eight directions. The Stribog has a 2.86 m wingspan which is ideally suited for F3F and slope soaring. Wing section is a HN airfoil (Norbert Habe) and different from the Rotmilan from I heard but I don't have much details on this one. The tail section is thinner. 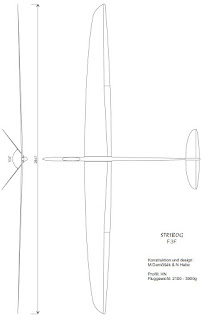 The fuselage uses the same convenient layout than previously and features a canopy, a moulded servo tray, a fuselage ballast tube. The front of the fuselage till the end of the elevator servos is fiberglass and kevlar, then we can see the carbon fabric from this point.

The wing bring some new things like the double carbon layup, or the smaller flap chord at the root.  The servos location is very different. Both flap and aileron servos are now very close to each other at the middle of the wing with a single servo cover. Mine arrived already with the servo frames installed for MKS HBL6625. They are using nice LDS with counter bearing for a slop free control. This will reduce the assembly time, good point.


Moulding quality is as usual with Milan Demčišák awesome, with perfect fit of all elements together, very thin join lines, nice paint, etc ... A very nice plane and kit. I will start the assembly soon and post photos of it, as usual. Stay tuned !