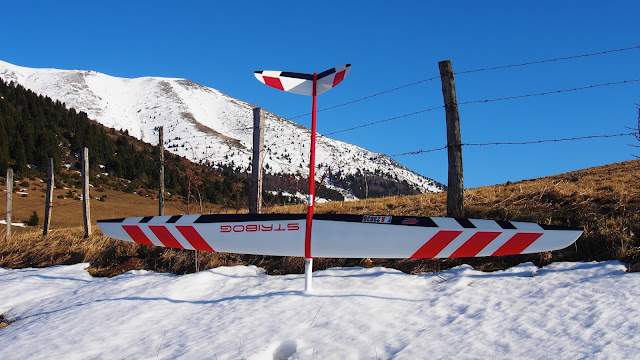 Some fresh air and a nice flying session near Grenoble. No F3F as the slope was not suitable for it, but few nice aerobatics and overall relaxing flights in a beautiful scenery. 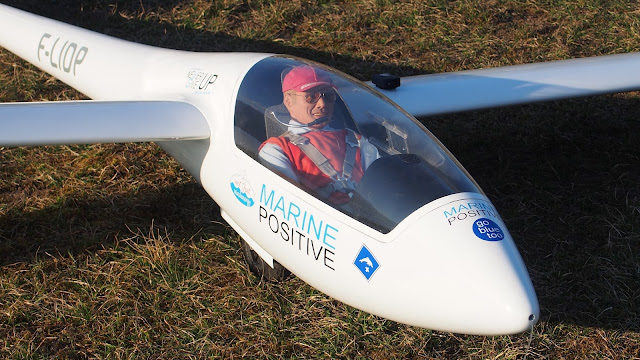 Small visit to a local aeromodelling field where club members were doing towing in this nice and cool afternoon with a temperature around 13°. The opportunity to see nice flying machines up to 8 meters. 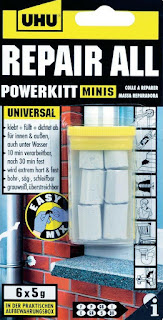 I found this epoxy sealant from UHU at Lidl for a very low price and it appears to be perfect to repair damages of wipers on the wings.

It looks like gray modeling clay. You mix it during few seconds before to apply it. then it cures in 10 minutes. It can be drilled, sanded, painted. Really convenient and with a very good result.
Approved :) !
- February 18, 2017 No comments:

[HOW TO] Calculate the CoG from the weight 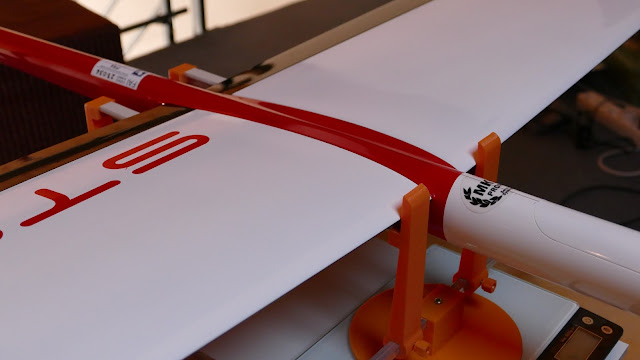 Given the number of questions I still receive :) , I see that the concept of measuring the CoG location by measuring the weight at the leading edge and X mm behind is not fully understood, so let's explain again with a real case, my Stribog CoG:

The sum of the 2 weight measured give the weight of the model. Now we apply the formula of a barycenter of a barrel that says: a x p = b x p'. 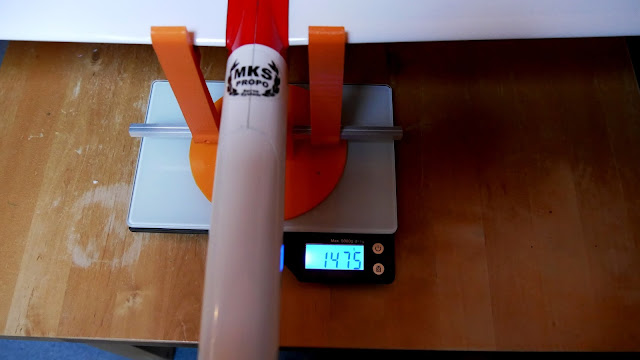 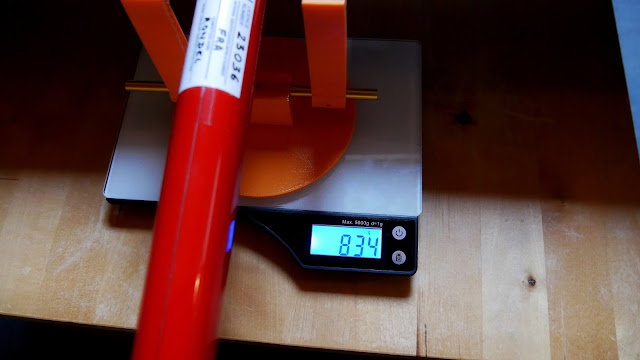 Now if you want to set the CoG of a Plane, the formula give you the ratio between the 2 weights. The only inconvenience is that as you add or remove some weight in/from the nose, you need to recalculate every time you do an action.

Also, I noticed something critical, at least with the model of kitchen scales I used. The link between the 2 scales must be the most free possible (vertically and in rotation) to not disturb the measure of one scale. Also, I had to remove the scales from the wood plate I prepared as I suspect the scale to need only 4 contact points to work properly. The weight reading was totaly false until I realized that. 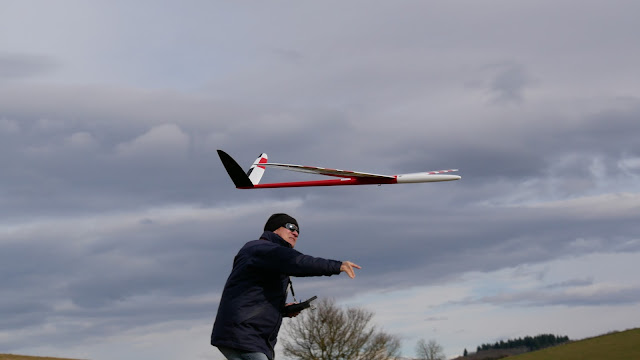 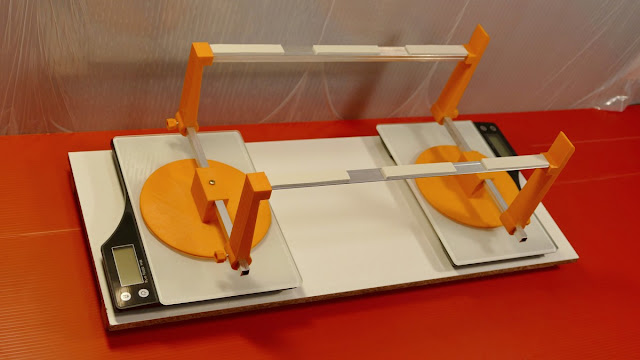 I finally found the time last week-end to assemble my CoG Machine, made from 2 kitchen scales, some aluminium and 3D printed parts. The 2 scales are glued on a wood place using some cartridge sealant. Prior to that, I did a trapdoor below to access the batteries. The 3D printed support is also sealed on the scale plates so everything is fixed together. 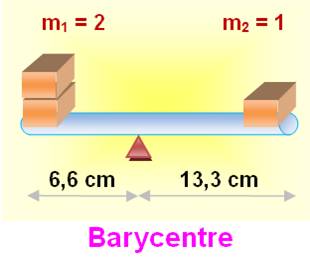 Just as a reminder, as lots of people asked me how it works, just look at the drawing ont he right and extrapolate to obtain the formula giving the location of the CoG from the leading edge, knowing waht the scale measure at the vertical of the leading edge and what the second scale measure X cm behind.
The advantage of this method compared to the usual CG balance is the repeatability of the measure.


I know that, since my first post on Facebook, some CoG machines are in construction here and there ;) ! This is good to know ! 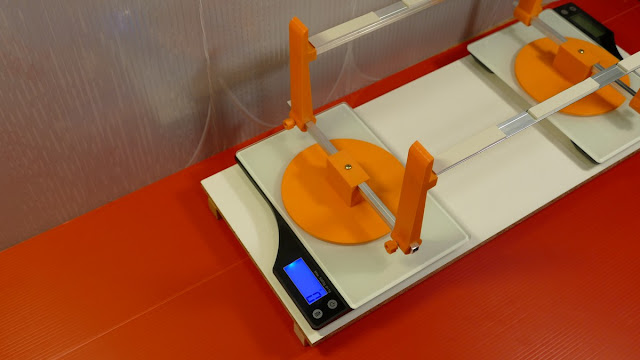 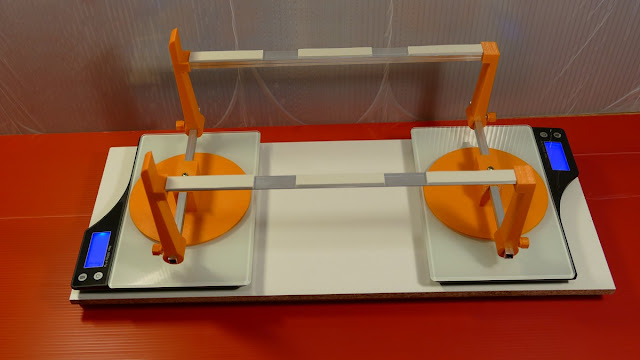 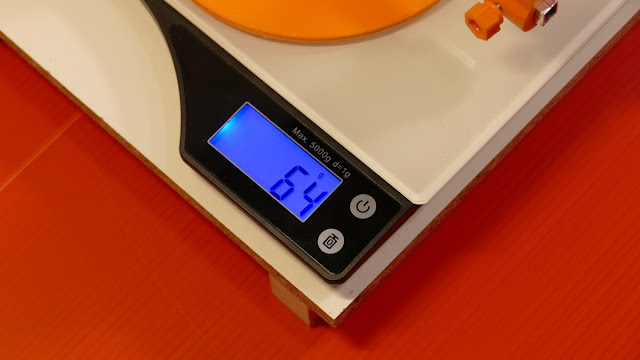 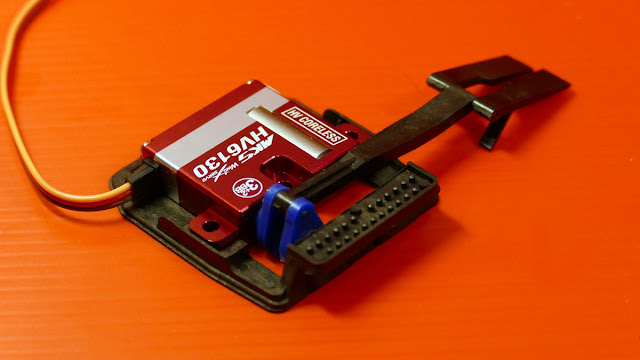 Servorahmen.de has been the first company to introduce on the market servo frames years ago, covering almost all model of wings servo, but not only.


It is nice to see that they are following the LDS trend and adapting their products to customer needs.
Here are few new products I received from Florian: 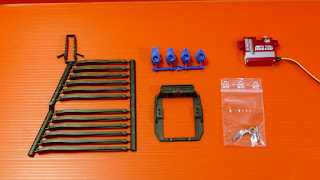 - MKS HV6130 servo IDS frame: The pocket includes a new specialized frame for the recent and great servo HV6130 from MKS. The frame features an external counter bearing, and 2 fixing position. I noticed that this frame can host the HBL6625mini or the DS6125mini. The frame is provided with a set of 4 servo head, with different axis distance covering the various needs (ailerons, flaps, etc ...). Then a very interresting set of plastic arms with different length from 48mm to 81mm so you can solve easily any installation whatever the position of the servo from the control surface. The material used for the control arms includes carbon (Carbon fiber reinforced polymer), so are very rigid.


- IDS control arms: The set of control arms, carbon reinforced (Carbon fiber reinforced polymer), is available separately and is compatible with other existing servo frames. I could check it on the MKS HBL6625 servo frame I bought from Hollein. 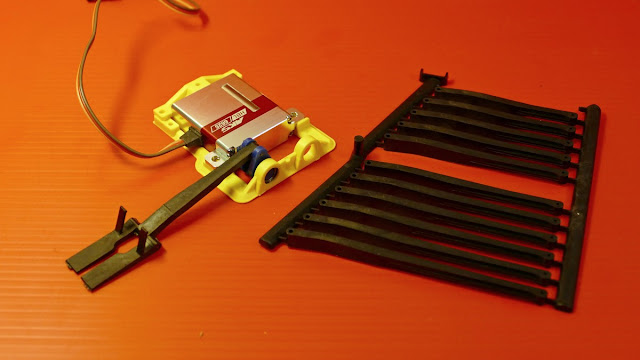 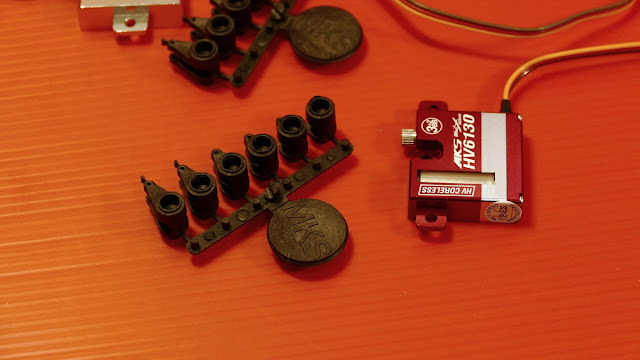 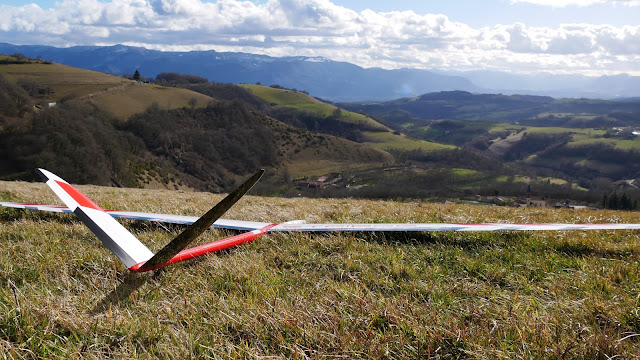 I finally exited from hibernation and had did my first flight of 2017. Past weeks were very cold with no wind so it was nearly impossible to fly. This time, on a slope near my home place, I had good weather, some south wind and 10°.

I flew my Stribog with 900gr of ballast. After 3 months without touching gimbal sticks, I'm happy to see that I still know how to pilot. Finally it is like bike, once learned you never forget :) ! This afternoon, I though also I could see the "death star" , but it was only the moon ;) 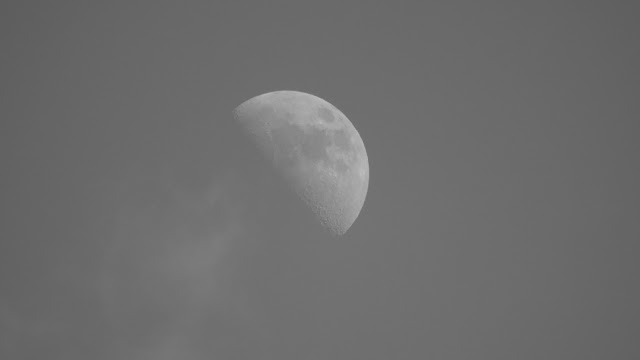 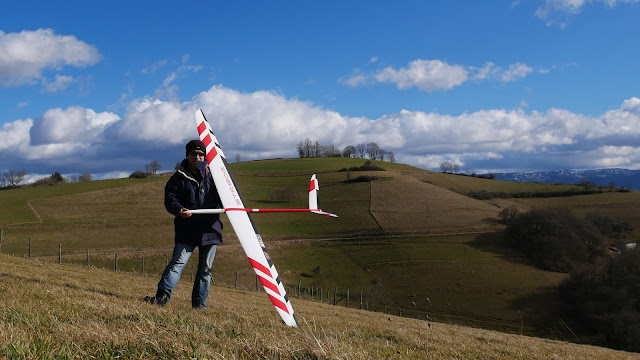 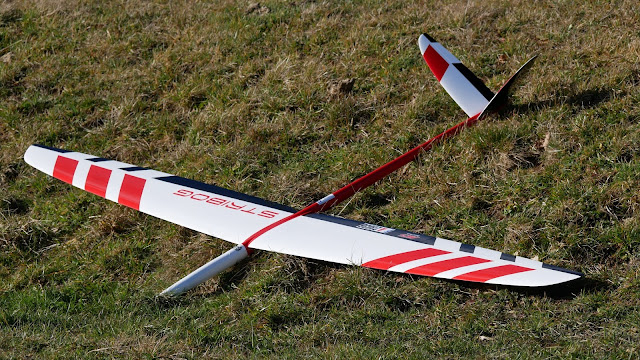 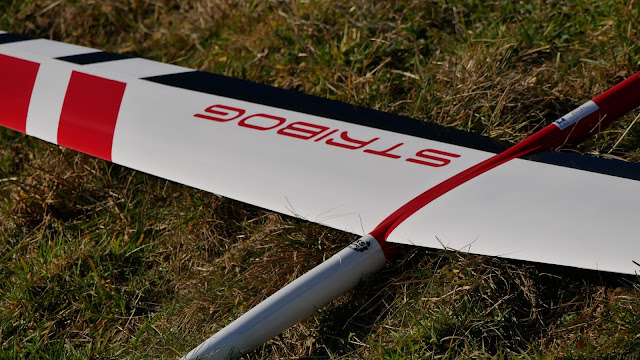 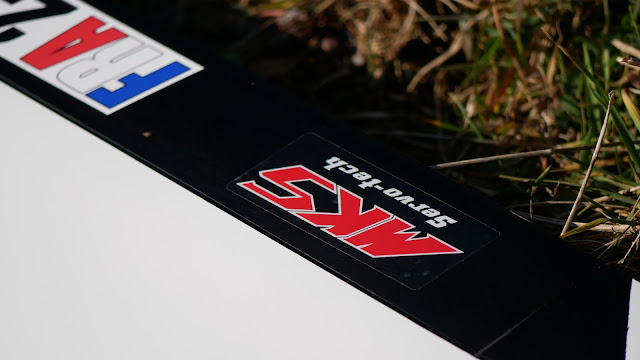