Last week-end was the F3F championship 2012 near Grenoble, and organized by two local clubs (Busards, and Brié Alpes Soaring). We were very stressed because of the weather forecast with thunderstorms and low wind during the 3 days. On top of that we had a very bad surprise to learn the day before that the collective accomodation had been closed because of the death of the manager. 35 people without accomodation less than 24 hours before the beginning of the competition, that's a real problem ! Laurent Lombardo achieved a miracle (a very appropriated word as you will see) by finding a plan B in a very special place: an abbey/sanctuary at 1700meters of altitude in a magic place.

Saturday we met at the slope with all the competitors. around 1:30 pm, we launched the very first round with 6m/s growing to 11m/s at the end of the afternoon. We achieved 7 rounds during the afternoon, and hopefully the thunderstorms announced didn't come ! The best time was 34 seconds by Matthieu Mervelet and his FS4. The lift was variable with time to time some sink air, but also very good lift and thermal. This is usual in mountains with sunny weather. At the end of the day, Matthieu Mervelet was leading the competition followed by Andreas Fricke (Alliaj HM) and Philippe Lanes (FS4). On my side, I did 2 cuts, and got average air so was pointing in 5th position.

Sunday was another story. We could expect the same type of weather, but unfortunately, there was too much humidity, so clouds were continuously appearing on the slope and we stayed most of the afternoon in the cloud, before the thunderstorm comes around 4:30 pm, forcing us to declare the day off and run to the cars.

Monday, the last day of the competition, sunny weather was back again. We waited until midday before to be able to start the competition. We managed 4 additional rounds in 5m/s to 6m/s with usual thermals and sink air. Matthieu Mervelet was imperial, fighting for each flight, placing the plane on the right path, doing the right turn. He deserves his victory and title. Andreas just couldn't follow. Arnaud Krebs, who started the competition with a zero for diving, bypassed at the very end Philippe by a very small margin to finish third. On my side, I was hoping to recover a bit and target the 3th position. Weather decided differently, and I got only crap air when other pilots were getting consistent air round after round. I lost one place in the ranking to finish finally at the 6th position.

Aside the competition, we had a technical and very interresting presentation from Thierry Platon, and the second evening, I did a presentation and played a 30mn video about the french F3F team building sessions. The abbey/sanctuary welcome us very well and provided us all the facilities for meeting, drinks and presentations.


On the plane side, Alliaj HM and FS4 were the plane flying well. The slope was not as technical as some other slopes and didn't need Energy Management turns to succeed. More important was the flying path and the distance to the slope and the ground, some diving, but not too much, and of course the gain of altitude.

Overall, this championship was a success. With 11 rounds, we flew a lot during the 3 days. Organisation was really at the top, despite the last minute surprise for accomodation. We have been spoiled during the price giving and at the registration with a nice T-shirt, and some gifts sponsored by Flash-RC, and some other generous sponsors.

The F3F season continues with the come back of a popular competition in Séderon (South-Alps).

another video with the RD32 II

Last Saturday, I spent the afternoon at le col de Faïsses, and flew the Rotmilan with 1.4kg of ballast. Conditions were great, and I could achieve very fast runs that a friend of mine timed around 30 and 31s.
There is a short video:
- May 23, 2012 No comments:

In order to install the RD32II, I built with some samba and plywood a adpater to reuse the GoPro mount system. the GoPro mount is fixed on a plate or coroplast robustly tape on the wing and around the fuselage.

I did a 16 minutes flight with the RD32II and here is the result:


The form factor is definitively more interresting, with less drag on top of the fuselage. The 3 buttons are convenient to use especially because there is a virbrator that give you clear indication when switching on and off, starting or stopping filming.

Another great feature is the ability to connect the cam to a TV set and do all the settings easily. The downside is that you don't have a TVset at the slope, so once the mode, resolution and all other parameters selected, you cannot change them.

I just received my sport CAM RD32 II from G-Fly.it. Price is 115 euros which is 1/3 of the price of the Go Pro. This full HD sport cam is also interresting by its form factor which is more suitable to fix on top of a plane, with less drag. 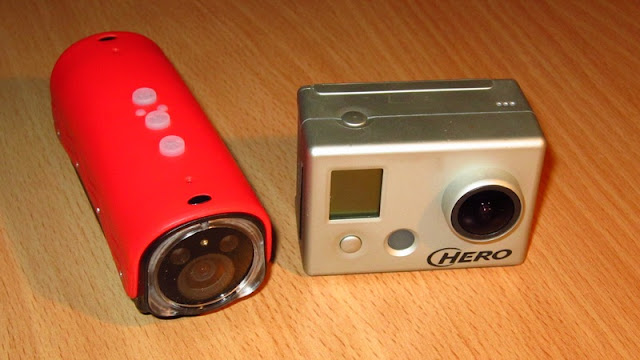 Characteristics are the following:


I will play with it tomorrow at the slope and will share with you my first impression. I installed a micro SDHC class 6 of 8 Gb. I did a quick test and it seems to work fine. 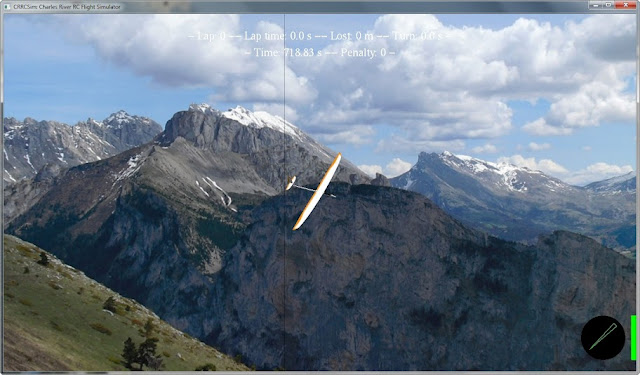 Last sunday, while I was on the slope, I attended to the capture of a panoramic landscape for CRRCsim by Joël Liénard who is a major contributor for this great simulator, especially for F3F pilots.

Joël uses a compact digital camera mounted on an semi-automated pole. The camera is mounted on a wood frame articulated and moved by a standard size servo, piloted by a microcontroller and a basic program with temporisation between each picture. For each angle position, he takes several pictures in the vertical plan, then manually move to the next angle and so on until having the 360° panorama with overlaps between pictures.

Then Joël proceed to a second 360° capture, but higher, in order to create a sort of vertical stereoscopy allowing him to calculate distances. The whole operation takes about 30 minutes between the installation of the device, and the operation itself.

But the main work is still coming with the assembly of the numerous pictures, then the mapping with the "geographical" map with altitude curves information. I cannot imagine how many hours Joël needs to do this, but I can tell you that the result is just unbelievable.


Here is a small video taken during the shooting session:

An excellent photo report from Tomáš Winkler about the Eurotour / World Cup F3F in Poland can be seen at the following URL: Tomáš Picasa album

Paweł Burdziakowski sent me the link to the video of the F3F World Cup and Eurotour 2012 in Poland, last week-end. A very tough, hard contest with lots of plane damaged (~ 20 planes damaged beyond repair !!), very turbulent inland slope, but also very fast flights with a best time of 31s by Lukas Gaubatz who won the competition.

A video about the Open F3F of Rana (CZ):

MKS finally released the 2012 catalogue that you can download here. All the glider servos range is dsiplayed in it with characteristics, and also the recent Safety BEC. 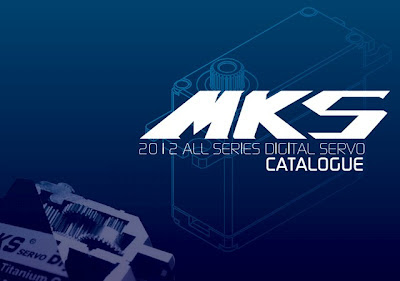 This week-end was the 4th edition of this F3F contest. On Saturday, weather forecast was not really exciting witht thunderstoms in the afternoon, and low wind from south. We were very lucky because the thunderstorms went around the slope, with only few rain drops, and then increased the wind to reach more than 10 m/s.

We achieved 7 rounds in medium to strong condition. Lots of sub 40s has been flown by various pilots. At the head of the contest, Matthieu Mervelet flew great his FS4 and logically finishes first. I follow at the second place with my Pike Precision. I flew up to 1400 kg of ballast. Reto Blummer takes the third place.
On Saturday evening we had a very friendly BBQ at the camping where most of the pilots were staying. Sunday, forecast was saying no wind or very very little wind from north. We drove to a new slope, and did some free flight wiaitng for the condition to grow, but it didn't happen. It was a (unwanted) opportunity to test the range of my DMSS radio. I flew down with my Rotmilan, very far, before to catch a thermal, at the limit of my sight. the DMSS link worked great, without a glitch, and I successfully returned the plane to the top of the slope after 15 minutes of fighting with sink air and lift.
Overall a very nice week-end, and I want to thank the organising team. On the way back to home I stopped to buy some strawberries to a local farm, on the production field .... too good :) !

I don't have the results but from memory here is the top 5 of the ranking: