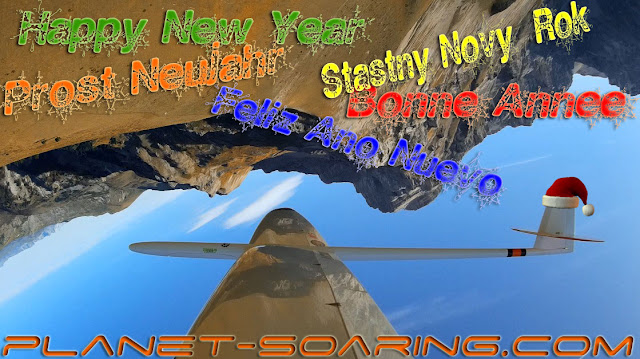 In this last day of 2013, I'm sending you my warmest wishes for 2014. I wish you and your family or close people, a year full of happyness and successes, both on the personal and professional side.
Happy flying and safe landing to all !

With 2013 ending in about 24 hours, it is time to have a quick look at a past season. I have to say that it has been a good season, both in term of flying time and F3F results. I was lucky to try new spots in Ardèche, one becoming the next national championship slope. I had lot of super flying sessions in excellent conditions in the alps, despite spring has been rainy and cold. Summer has been much better, with good wind. On the F3F side, I'm satisfied with my results: I started with a second place at La Muela Eurotour (Spain), followed few weeks later with a second place at the Pyrénees cup Eurotour near toulouse. As I didn't do a third eurotour contest, I'm not well placed at the final eurotour ranking, but it doesn't matter as it was not the priority. End of august, I retrieved my title of national F3F champion, after letting it go for 3 years to my national team mates (Alexis, Andreas, Matthieu). I also won the french league at the last contest of the season. Last but no least, I also ended at the first place of the national team selection for the next F3F world championship in Slovakia.

Best Of 2013 from Pierre Rondel on Vimeo.


I want to thank my 2 sponsors MKS and JR Propo who supported me again this year. The DMSS system worked flawlessly since I adopted it 2 years ago using the XG8 and XG11 transmitters, and the tiny RG631L an RG831 receivers. Moving progressively to HV (Life 2S), I now use the MKS servos with the SBEC in front and it works perfectly. After 2 intensive seasons with my Pikes Precision, the DS6125 Glider and Mini are still very tight, and didn't get any slop, I'm impressed ! When you do competition, it is crucial to have a total trust in your equipment and focus on your piloting. This if the case for me with the combination of MKS servos and DMSS transmitter. Next year will be the opportunity to test the new brushless wing servo HBL6625 that have just been released.

It seems that USA and Czech Republic officially proposed a rule change to be discuss and vote during april 2014 CIAM plenary meeting. the proposal is the following:

Type the text changes in the space below:

The use of any onboard-sensed data to automatically move the control surfaces or to modify the aircraft geometry is prohibited.

Minimum radius of fuselage nose 7.5 mm in all orientations (see template below).

Type out the reasons in the space below:

Although the general rules state the model must be directly controlled by the competitor, this addition makes the rules absolutely clear gyros and other types of on board automation are not permitted in F3F. 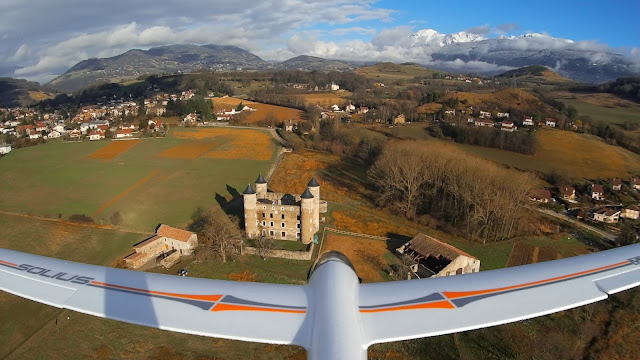 Yesterday Afternoon, I took the opportuinity of the weather window to go flying my Solius equiped with the Mobius cam. I went to the castle of Bon Repos in the country side of Grenoble. The light was good for aerial pictures and video. Here is the result.

You can find more pictures on my picasa album here.

CRRCsim: the Needle 115 is now available 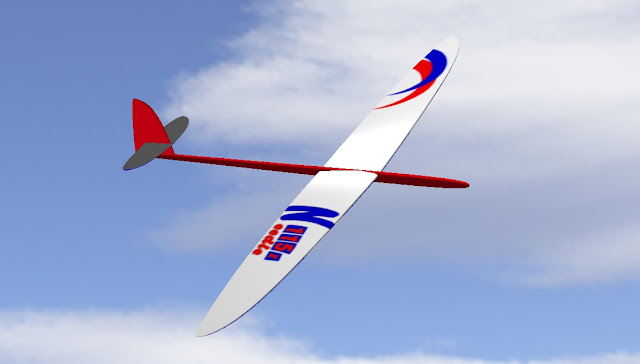 Thuro, the designer of the Needle Serie (100, 124, 115) just released the CRRCsim version of the Needle 115, in 3 different color schemes.
You can download the Needle 115 here. Then, after unzipping the file, you just copy

Then start CRRCsim, and use the configuration menu to change of plane and color scheme.

Many thanks to Thuro (thuro.at)for providing this new plane for this great slope simulator ! 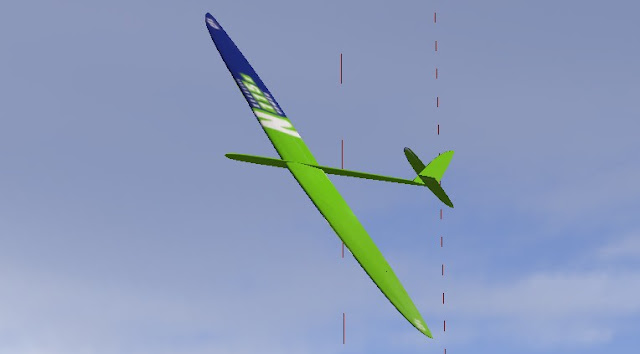 A very nice and professional looking film from Dennis Westhoff about the 2013 F3K World Championship in Denmark:

I found some unedited footage shot, dating from end of June. It was during a flying session at Puy de Manse by a cold (for the season) day, but with very good lift conditions. I'm flying my Pike Precision with 1.4kg of ballast. 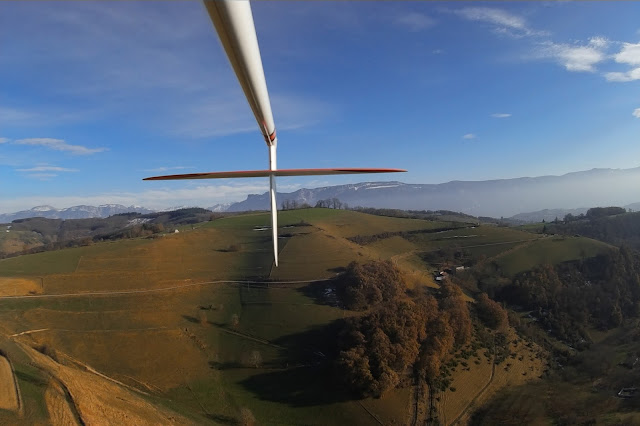 This is the moment of the year where there is not much flying activity,  because of cold temperatures, possible snow and low wind. Fortunately, last days gave us some coller temperatures at about 11 to 12°, some south wind. A good opportunity to drive to a local slope and fly the Needle 115. Below is the video I filmed with the onboard Mobius and my EOS 650D.


Winter flight with the Needle 115 from Pierre Rondel on Vimeo.

I just received a mail from Olivier Bruni who released a superb new video featuring a SZD-54 Perkoz equiped with a Merlin VT80 turbine. The SZD-54 Perkoz is from PARITECH, and the onboard cam is the now popular Mobius, tested on planet-soaring few weeks ago. A big thanks to Olivier for sharing this video ! You can visit his blog (Passions Aéro) at the following URL.