Second onboard video about Asturias

This is the second video from Jean-Claude Gonnin about Asturias.

The Asturian coastline is extensive, with hundreds of beaches, coves and natural sea caves ... but also slopes, so is a pure paradise for slopers.

The key features of Asturian geography are its rugged coastal cliffs and the mountainous interior. In the eastern range, the Picos de Europa National Park contains the highest and arguably most spectacular mountains, rising to 2648 metres (8688 ft)

The climate of Asturias, as with the rest of northwest Spain, is more varied than that of southern parts of the country. Warm in summer with some rain, cold in winter.

Jean-Claude is preparing a total of 5 videos so stay tuned :) !!!

And it choose my garden !

You can find more pictures of the kit I received from sloperacer.co.uk, here:


For the radio equipment, I will go with 4 SJ Propo SSD-95MG (same as hyperion 95FMD) in the wing, and the hyperion DS09 for the elevator.

Batterie will be a 5 cell Eneloop 2000mAh with a linear voltage regulator: Regslim 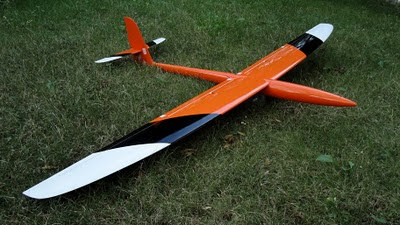 Jean-Claude is notyfiyng me each time he is releasing a new video. This one is beautiful and taken above Cabo Peñas, a cap located in the Asturias (north of Spain). Enjoy !

A short film from Espen Torp

Few weeks ago we had a talk with Espen about the GO PRO HD. Yesterday, he sent me this short film. The slope is superb, flying conditions are great.
This give a very nice onboard video !

I took the first video on Saturday at the new spot "col de menée". This video gives a good idea about this superb slope. The only drawback of this slope is the 45 mn walk needed to reach it.
I will certainly return there for practice :)

The second video is also interesting in the sense it is taken from the head of the pilot flying the run (myself :) ). You will feel the stress I had before and during the launch, and the fact that I'm standing 5m behind the cliff edge.

F3F from inside from Pierre Rondel on Vimeo.

Here is a video of the last run of Alexis Maréchal in 34.82s

The French league calendar includes about 10 contests during the season. This one is considered by the pilots as the most extreme contest of the year !
2010 is no exception. As novelty, we had the chance to try on Saturday a new spot found by the organizer during spring. This new slope (facing north) is a jewel that deserves the 45mn walk to reach it. The edge is straight, the “hole” is deep, and the landscape is beautiful. With only 6 to 7m/s of wind we were able to fly in the low forthies. I did the slope record with a 40.08s with my Alliaj HM. With 35 pilots, we have been able to do 4 rounds. 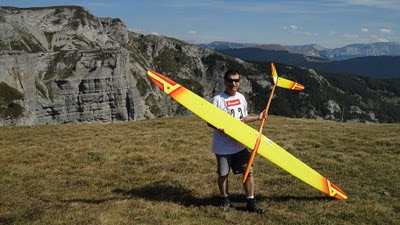 On Sunday, the wind changed of direction to go south. The south slope is the most impressive slope we have in France. Imagine a 900 m high cliff facing the sun. Even without any wind, a huge thermal appears around 11am and grow until the evening producing a vertical lift with time to time huge thermals. Problem for me, I have the vertigo, and I couldn’t participate to the contest for 3 years, just watching other flying.
This year, I was 1st after the Saturday, so I could let the points to go without trying to fly this scaring slope. I choose the best launcher, stand 5 to 7 m far from the edge, didn’t thing about this vertical wall, and tried to fly. Not an easy task. But I managed to do the 4 rounds of the day, and flew a blistering 32.67s which is my new personnal best, and the new slope record !!! Overall, I finished second behind Alexis Marechal, but I’m still happy with the week-end and the fear that I overcame … until next year :( !!!

Just to give you an idea, watch this video of the launch. This is a normal launch !!!!! some went worse than this one …

Saturday, I went to the Senepy slope near Grenoble with Serge, a F3F mate. Weather was pretty light but flyable. 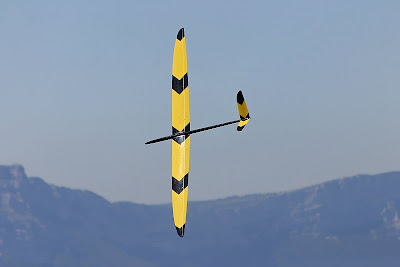 I had a problem with my Freestyler and Jeti 2.4. I have been unable to fly:

I launched my Freestyler (receiver R8) and after 10 meters, I heard the beep indicating the signal lost. I immediatly landed, without any problem as I had the control. I did some range check and notice I had only 20m with the full power (not using the range test feature).

At home I did again some new tests:


I opened the transmistter and didn't notice anything. Everything is in place, no short cut.

More pictures of the flying session here: my Picasa Album
- August 09, 2010 No comments:

For those who didn't attend or visit this WC, here is a excellent photo report from Michael Guet about the F3J World champioships: Picasa Album
- August 09, 2010 No comments:

Friday, I received my new Pocket Radar, so yesterday was a good opportunity to bring it with me and do some measures at the slope. It arrived via USPS in 5 days from USA to France. 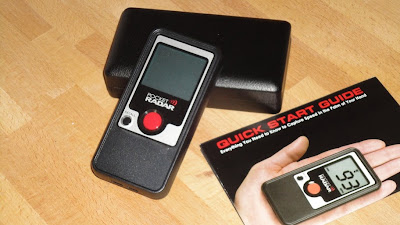 The Pocket Radar is the small verion of the usual radar gun.

As soon as I started to measure 1 or 2 planes speed after diving, all pilots present entered the game and I didn't stop for 1 hour to measure speeds, from the Easyglider (50 km/h) to the Sniper (230 km/h). The Sniper was full ballast and was diving from 200m or more.

The Pocket Radar is a nice piece of technology, of the size of a big mobile handset. It it very well manufactured.

The use is pretty easy. A quick look to the user manual is enough. You can change the speed unit (KPH, MPH, MS, ...).

The Pocket Radar use 2 x AAA batteries which give up to 10 000 measures according to the user manual.

I purchased this radar, because I'm waiting my DS plane I ordered. It is a D60. The delivery time is shifting week after week. I just hope to get it before the winter.

Yesterday, I went again to Corps. Lots of people in holidays in the area went to the slope, so we were about 20 pilots, 5 or 6 flying at the same time, no problem since the air space is huge.

I took my ASW15 (4m) but unfortunately I was unable to fly it because one of the wing servos died (MPX micro 3BB). I'm not surprised as I had 10 Micro MC which died one after other in the past. I'm not happy with MPW wing servos, they are not reliable enough. 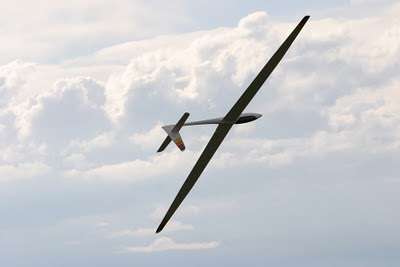 Hopefully, I had my RC paraglider for testing, so I spent the afternoon playing with it. I'm preparing a review for a french magazine.