A collection of pictures about F3F

a Slide show about F3F, mainly season 2009. I prepared it for the annual meeting of the regional branch of the french federation.

With the capacity increase of the AA format batteries, going up to 2700 mAh, came also the problem of high self-discharge. At the point where it was necessary to charge the battery just before to go to fly. 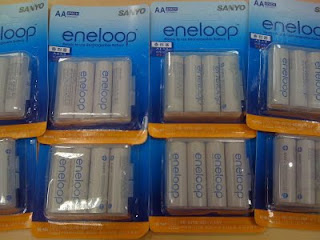 2 years ago, I heard about this new technology called Eneloop and developed by Sanyo. I gave a try and I now use Eneloop batteries for 2 years and I’m fully satisfied. No more need for last-minute charging or frequent re-charging to have a full battery at hand when needed.
I use Eneloop not only in my sailplanes but also in my digital camera.

The only drawback is that Eneloop exists exist only in two formats: AA (Type R6) which is suitable for receiver batteries 4 or 5 cells, and AAA format, which is ideal for small gliders like the Weasel for exemple. 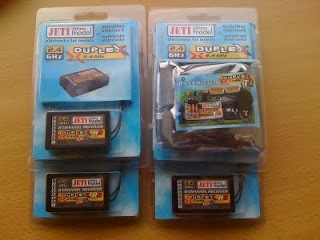 I just received the 3 receivers and the TU module for my T12FG. A big thanks to ElectricWingman for the quick service.
The migration of my F3F sailplanes to 2.4 Ghz will now definitevely happen, and I cannot go backward anymore :) !
In parallel, I'm also working on a solution to use a FF9 compatible Assan/Jeti module on a T12FG without having to open the transmitter case.
Stay tuned !
- November 25, 2009 No comments:

I started with the fuselage. The work consists in cutting the servo tray and install the rudder and elevator servos. I decided to try a new servos brand. 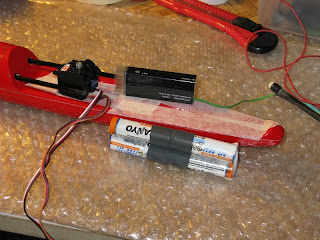 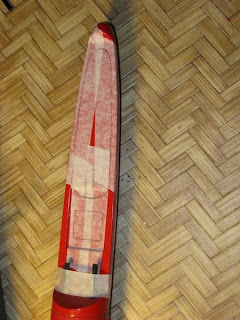 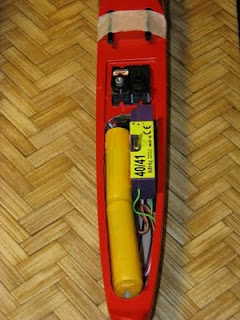 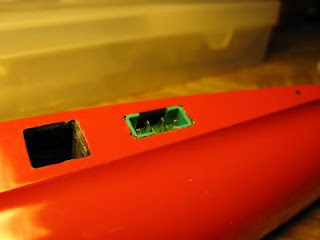 On the wing side, I started to use the servos mounts provided in the kit. I first modified them to the size of the wing servos. Then I discovered than the way they are designed hinds the optimum cinematic of the the control rods. 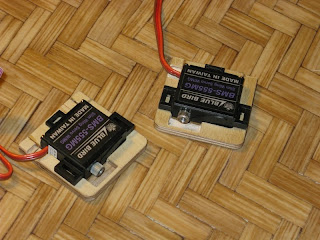 So I decided to build my own servo mounts with 4mm plywood. 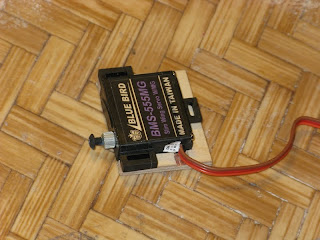 I glued them in place with rapid epoxy. The servos is the new BMS 555 from blue bird (not the digital one):

Despite their thickness (only 10 mm) the ailerons servos exceed the max thickness of the servo bay. Unfortunately the servo cover is flat, so I will need to find a solution.

After an exchange with a club-mate yesterday evening, I now have a second brand new Alliaj HM to join my F3F sailplane collection for 2010. 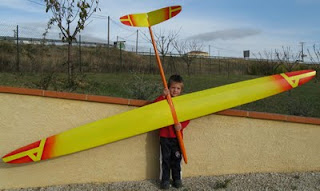 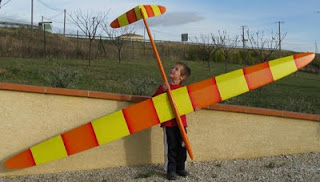 I finally decided to go Jeti !

After lots of thinking, hesitations, I decided to go Jeti for my 2.4 Ghz. Thanks to the positive feedbacks on the different forums from all the pilots and competitors in F3J, F3B, F3K happy with the Jeti Solution, I ordered a TU module for my T12FG and also 3 R8 Receivers. I will have a total of 4 x R8 receivers, and the FF9 / T12FG equiped.

I ordered at Electricwingman yesterday, and the goods have been shipped the same day :) !!!

I should received them by the end of the week or beginning of next week. Pricing is interesting and everything is in stock which is pretty ionterresting compared to other well known Jeti european resellers like MS composite.

4 of my F3F planes will receive a R8 receiver. I need to modify my Freestyler which has a carbone fuselage, but the other planes are 2.4 ghz friendly, so no trouble to expect. 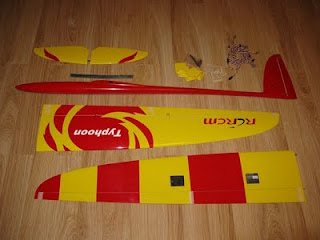 I received lot of planes in the 3 past weeks: 2 are coming from RCRCM, a Typhoon and the famous Strega.

This 2m wingspan all-rounder is designed for sport flying and is fully moulded using CNC molds.

Specs are the following:

The quality is pretty good, and the kit came with everything to finish the assembly including the servos lead extensions, and also the wing bags. I like very much the new color scheme, it couldn't be better. Everything fits together perfectly. I will just have to paper sand a little bit the joiner on one side to make it more free and not force in the joiner box. The surface finish of the wing is to the highest standard. There is an huge 20 mm ballast tube in the fuselage already in place and accessible by the bottom of the fuselage. The space for radio installation is not that big but with the servos, battery and receiver I have, everything will easily find its place. 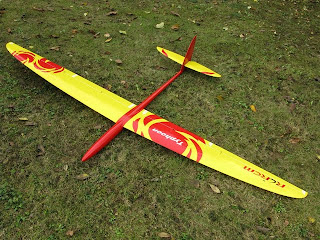 You will find all the pictures of the kit here


And what about the Strega ? 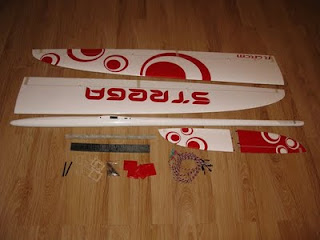 The kit is also pretty complete, with servos lead extensions, MPX green plugs, wing bags, wing servos tray, radio keel. Wings are beautiful and the airfoil seems very very thin. The thickness for the servos is therefore very limited, so the servos covers are bumped. It’s mandatory to use 10 mm servos for the ailerons. The fuselage is pretty light. The long ballast tube (20 mm) is provided apart. Tails with upper control horns location remind the Skorpion.


Weight per element are the following: 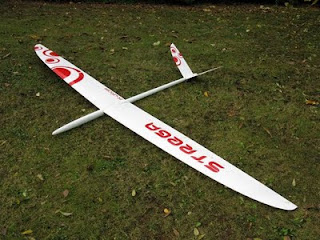 You will find all the pictures of the kit here


I will start with the assembly of the Typhoon as it is for a review in a French magazine.

I will update the blog time to time during the assembly, so stay tuned !
- November 18, 2009 No comments:

I retrieved this video I took at La Muela before a competition few years ago. José Carrion flies his home made 7 meters Nimbus 4.

Nimbus 4 from Pierre Rondel on Vimeo.

Flying F3F with a helicopter :)

This is what Marcel Guwang did during the last VKR selection contest for the french team while the wind was too low and crossed to fly real F3F. Marcel has been timed at 37s with his "Three Dee". Then, Arnaud Krebs did the same excercice with a small electric racer and did 31 seconds.

F3F with an RC helicopter ! from Pierre Rondel on Vimeo. 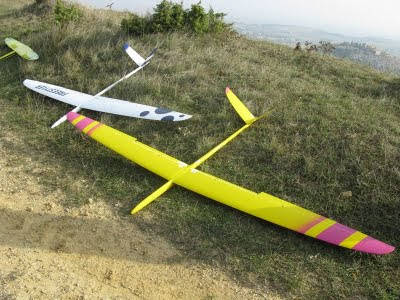 We managed to do 3 rounds on staturday at Quillan (2 rounds on slope A, then 1 on slope B), and 10 rounds at Laurac on slope B. Competition has been pretty hard for every body because conditions were changing very quickly even during a single flight. I finished 2nd of the contest, with my Freestyler, just behind Thibaud Ringenbach who flew great all the week end with his new Freestyler. If I had cut less, I could have win the competition but I had too much problem with anticipation at base A that was divergent (open). This is the first time I cut 4 ou 5 times at the same turn during a contest.

Overall, with my results, I'm first of the qualification ranking and even don't need the last selection contest. I'll will therefore join the Team 1 for the next Viking Race. 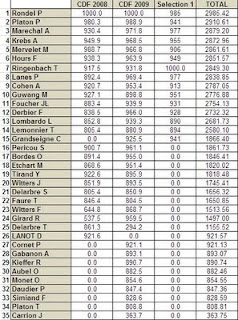 I will attend the last selection contest just for fun, in order to practice.
- November 02, 2009 No comments: