Well today, I went to Corps, despite a very cold, windy, and possibly rainy weather. It was between 10 and 12° on the slope, with 20 to 30 km/h of wind, perfectly oriented.

The first difficulty was to find the way to avoid traffic jam because of the "Tour de France" against the clock  race that was around Grenoble, forbidding the access to the club slope.

therefore, I thought I would find somebody else on the slope in Corps, but absolutely nobody. Only one car on the car park, my car, nobody walking around, no modellers. Too freezy ;) ! 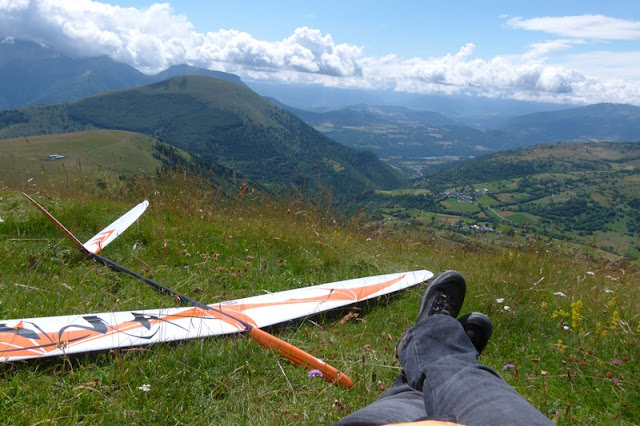 At the beginning of the afternoon, The clouds were at the top of the slope or few meter above, but then they cleared and the sun appeared. 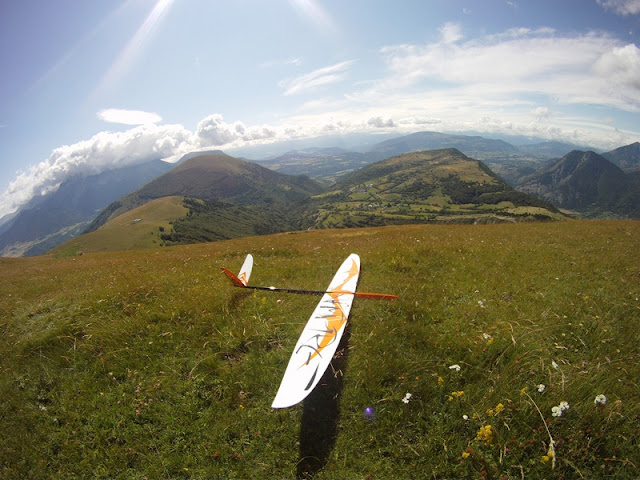 I had a very good session with my vampire. I played witht he fine tuning to see if I could find a better snap flap settings, but returned to the one I published which seems to be the most appropriated.

I flew with 450 gr of ballast most of the afternoon.

Tomorrow will be the same so I will return and take my D60 and try some DS there. 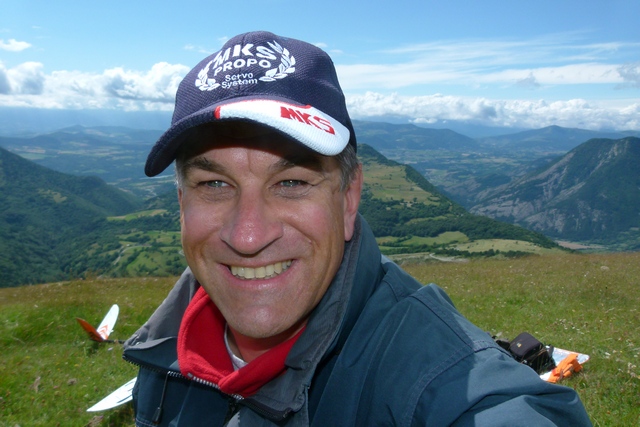