The Rotmilan is the new flagship of Milan Demčišák, the manufacturer of the well known Extreme F3F that I reviewed in these columns in 2009. the Rotmilan is a joined development between Norbert Habe (HN sections) and Milan Demcisak. This is a 3m F3F/B glider with the following specs:

Weight of the components:

Here are the weight I measured:
Construction:

Fuselage is made from Kevlar and Carbon. It is 2.4 friendly. The ballast tube is already installed, as the servo tray which is moulded and painted with the same color of the fuselage. At the rear of the ballast tube, ther is a small hole to evacuate the air when putting the ballast in it. The canopy is in fiber glass. The routing of the wires coming from the wing connectors is along and under the ballast tube. It is easier to do compared to the Extreme. Elevator control rods are already in place and are made from a light metal tube. You just need to install an glue the M2 Treaded couplers at each side. The servos tray is designed to receive elevator servos such as the MKS DS95 or 6125e. Servos dimensions is about 13mm x 24mm. The fuselage is very thin, but well designed so you can install either 4 to 5 cells NiMh, but probably also Lipo or LiFe batteries.


The tailplanes are identical to the Extreme one, but a little bit bigger. They reuse the very simple and efficient aluminium control horns to be connected to a metal clevis. the tail joiners that was carbon and wood on the extreme have been replaced with carbon rod, so are much stronger.The wing are using spread tow carbon fabric. 'Spread tow' is a new development in carbon fibre reinforcement whereby a sophisticated production process spreads out each tow (bundle) of carbon fibres making them significantly flatter and wider than they would be in a conventional woven fabric. Spreading the tow in this way creates ultra-flat strips of unsupported unidirectional carbon fibre which is then carefully woven to create a biaxial carbon fabric with an unprecedented flatness and a unique appearance. The illustration below shows the structure of the fabric. The wing are strong and light as we could expect with the use of STF. The unpainted area show the nice matrix of the fabric, I like it. 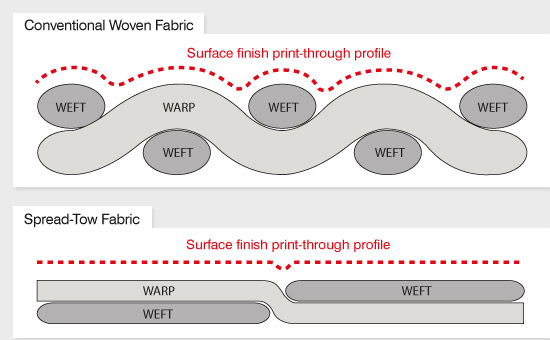 The large and solid carbon joiner will allow to use brass ballast in it, to be added to the 900g of fuselage ballast provided with the kit.

The rotmilan moulding quality is absolutely premium. The fit and finish are just superb.

In addition, the Rotmilan is bringing a innovation for the ailerons and flaps linkages that is really a step forward on conventional linkage. I will come back later on it with plenty of pictures, but to make it short, the servos arm is replaced by a aluminium part that include an axis to move a carbon linkage at the exact dimension. On the ailerons/flaps side, there is another axis which is removable from the root of the ailerons/flaps thanks to a tool provided in the kit. The main avantage are that you have absolutely no slope on the linkage, and that the linkage is totally integrated in the wing.

As some exemplars have been already released, there is a couple of videos already on the web. The first one is from CM Cheng (Hong Kong) who flew it already twice and obtained a 3rd place in a F3F competition, only 1 week after maidened it !

The video is the video of CM Cheng maiden flight in a very light wind:


The second one, from Michal Mojzis, give the recommended settings and CG

For information, Milan just opened a web site with the information to contact him. RTGmodel website.
- August 07, 2011