Easter, like each year, is the time to drive to Spain for the Eurotour F3F contest of La Muela, and also to eat some Tapas and Chuletones !

37 pilots (initially 43, but some pilots didn't present) from 4 differents countries were presents.

On thursday, we had some (few) practice on the slope in the very seldom weather flyable windows. The rest of the time we tried to protect ourself and also the plane from the showers. Ths wind was south and shift to the East at the end of the afternoon.

Friday, first day of the competition, when we arrived on La Muela, we had snow and a temperature close to zero degre. In addition, the top of the hill was in the clouds ...
Forecast was not really encourageaing, but surprisingly, clouds went up, and the sky dried a bit, allowing to start the competition in the morning. The rythm was quite high thanks to a good and prepared organization. We manage 6 rounds, started the 7th round but stopped it in the middle because of the rain and crossed wind. The interruption was more than 30 minutes, so the partial round switched to a group scoring 50/50. The second half was planned to be flown on Saturday. We hed some very fast flight with 15 crazy minutes where we got some 32 and 34, 36s.

Saturday, forecast was normally better, with more sun. In fact the sky stayed grey most of the day, with few rain drops time to time, but nothing to interrupt the contest. Wind was lower that Friday, and sometimes was dying close to the minum FAI limit, and also crossed wind from the right. We completed the second half round than proceed with the next rounds. Round 12 was difficult to finish, really at the limit of marginal conditions., then we moved to the west slope and did a last round, in very low condition and corssed wind from the left, time going from 46 to 90s.
Around 6pm, the organizers proceeded to the price giving.

Frenchies trusted the top 10 with 6 pilots placed. Best time of the competition goes to Arturo Menendez Lopez with a 32.xx

On my side, I'm pretty satisfied. I won the competition, without winning a single of the 13 rounds. But I was consistent enough during the whole competition to stay in the top 3 from round 1 to 13. The second half was pretty hard because I got very average conditions and lost precious points. The top 3 positions was changing at each round. I gave everything in round 12 to take some points over other top pilots and return in first position. The last round changed nothing for me. Conditions were very challenging, needing different strategy or turn technic at each round to take the best of the slope. I cut few times, but this is the risk when trying to anticipate too much !

I flew the Pike Precision the whole competition and really enjoyed it. The Pike is very forgiving, easy to fly and so competitive. The RDS system from Samba Model, equiped with MKS6125 mini is just perfect, a great combination.
The JR XG8 worked also great, I really liked the grip of the transmitter.

A big thanks to the organizing team for this great competition ! 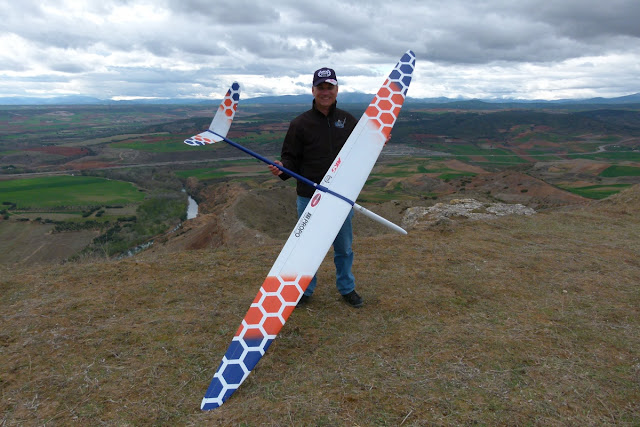 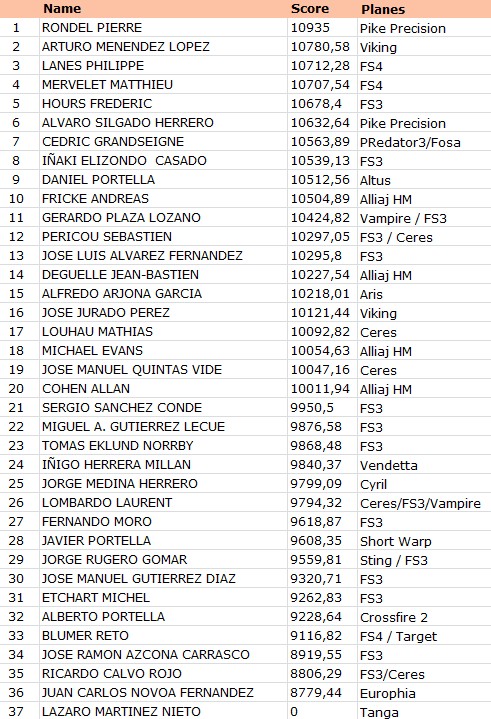