MKS is releasing an interesting device, called Safety BEC (SBEC), to be plugged on each MKS servos, and which provides a protection in the both directions:
There are 2 models of SBEC: One limited to 1.5A, and another one limited to 2A.

By distributing the BEC function to the servos, you also suppress the single point of failure. You can now use MKS servos with other servos that accept 2S battery. You can combine HV servos and non-HV MKS servos.

This device should be available soon through your MKS distributor/reseller. No idea about the price yet. 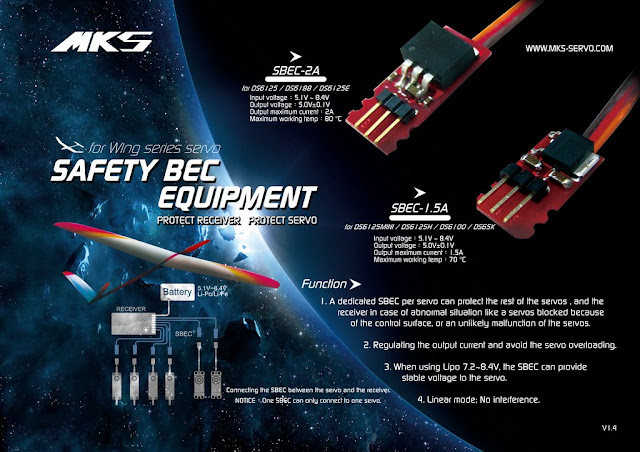