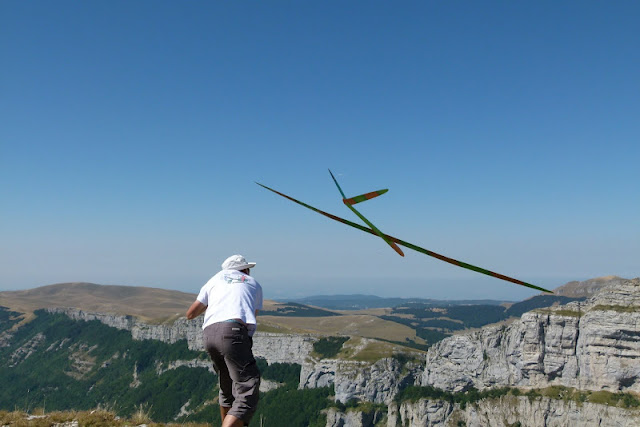 This competition is a special event in the french F3F calendar because the organisers have an authorization to fly there and because this is forbidden the rest of the year, being in a very restricted/protected zone. This difficult access make it a sort of pilgrimage for all the french F3F pilots, but also for our friend from Switzerland like Reto and Christian. This year has been an excellent year, in term of participation with almost 30 pilots, but also because of the weather and 2 days of south wind.

On saturday, the wind was not very strong but in round one, but Sebastien Lanes did a 34s that remained the fatest time of the day. We ended with 5 rounds in the pocket, and also with some planes damaged during landing as some pilots experimented time to time rotors during the approach. At the end of the day, Alain Galinet from Briancon was leading, followed by Sebastien Lanes and Matthieu Mervelet in 3rd.

On sunday, we started earlier as the wind was already blowing. Conditions grew up all the day to become huges in the afternoon. We managed 7 rounds, and last rounds were mainly sub-40s !!! Arnaud Kreps did a 31s, his personnal best, but also the new record of the slope. but on the ranking side, it was clearly Matthieu's day as Matth  did only sub 40s, including several 33s. He won the competition by a good margin.

In addition to be a unique and superb place, this second day allowed us to touch the potential of the slope to produce very fast time, and we can even imagine one day to break the work record on this slope. 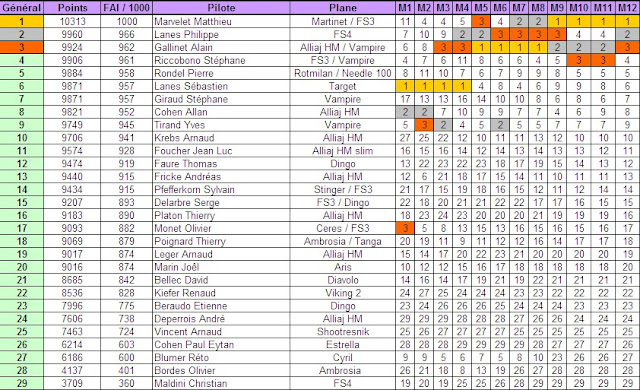 We all hope that next year the National championship will be organised there, but this depends of lots of administration authorisations so we will cross fingers for it to happen !

I did lots of video sequences during the week-end. Give me some time for the editing and I will try to not disappoint you.