What futur for F3F ? 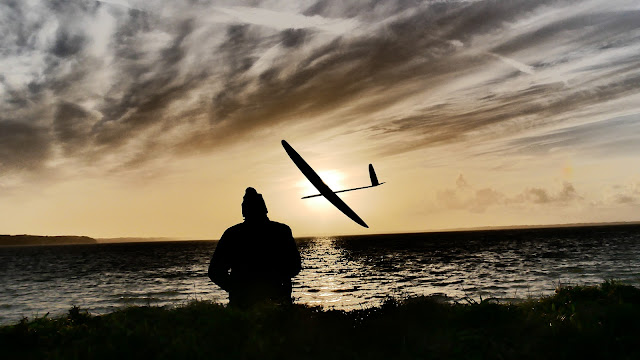 No ... I will not talk about the drone law that is coming, this is another topic :) !

Following the F3F world championship in Rügen, I think it is the perfect time to make a step back, to learn the lessons and think about the futur of F3F:

Personnaly, the 3 main lessons learned in Rügen are:


F3F is a nice category because rules are simple, and because we are flying in very different and nice to amazing places. All this make me think that participation will increase in the futur and competition will be even more larger, especially the world championship. 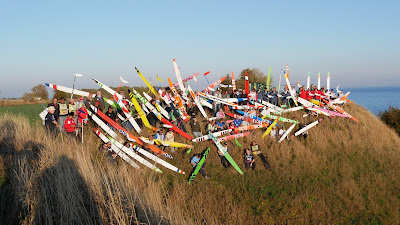 We have 2 years before the next WC. Why not brainstrom in order to make the rules to evolve in order to organise fair competition with a large number of pilots, an ensure everybody enjoy and not consider that sometimes F3F is just like casino, depending too much of the stating order ... or, at the opposite, to conclude that the current rules are perfect as they are today, who knows !


On top of that, I think there are few point in the rules that should be clarified to avoid interpretation like penalties in case the round is cancelled, round interuption reset in case of flight attempt but not valid, etc ...


Personnaly, I don't want to see people who don't fly F3F to try to impose us rules that we don't share, as it has been in a recent time.

As a starting point for this brainstorming, why not first reconsider is the scoring method. France proposed a rule change in 2010. Timing with CIAM calendar was wrong so I think the proposal didn't reach the Plenary meeting. Also, at that time, community was reluctant to this sort of change. During the technical meeting at Donovaly in 2014, I re-explained this scoring method and some people thought further and I could feel some interrest in some nation. Maybe today time has past and with experience of large competition, people are now ready in their mind to look at this rule change with opened eyes.

So here is the rule proposed initially:

The objective of the present rule change proposal is to modify the pilot round result calculation to use the round average time instead of the best time. This make the round ranking fairer in case of group scoring. For details description, please refer to the presentation included in this document.

The result of the flight is stated as the time in seconds as hundredths of seconds obtained by each competitor. For the purpose of calculating the result of the round the competitor’s result is converted this way:

where Pw is the average result of all competitors and P is the competitor’s result.

F3F scoring is based on a comparison between the time of the run and  the best time of the round:
FAI = 1000 * Best Time / Pilot Time (Best time is used as the reference)

The amount of points you get after your run depends on 3 parameters:

The number of points you get depends on your run but it also depends on what happened during the best flight:

Between these 2 pilots: Who is the winner ?

You think this is Pilot 2 ?

The real answer is : we can't know !
The final ranking depends on the "third man" : the guy who wins the rounds


Using the average time instead of the best time makes the reference time much less sensitive to flying conditions. Lottery effect due to third man effect is quite cancelled. But lottery effect related to your own flight remains the same. It has been verified that both methods give quite the same ranking when flying conditions are stable. Differences may occur when flight conditions are very variable . They always make final ranking consistent with man on man ranking.

It is well known that group scoring can be dramaticaly unfair. This is the case when a pilot get a huge thermal scaling down the scores of all other pilots in his group (but having no effect on the other group).

Exemple: first 2010 competition in France (only 3 rounds with group scoring in the third round)

Pilot “A” makes a 35s => only 2 pilots in his group are around 820pts and all the others have (much) less than 800. On the second day the air is much lighter but much more stable => in the second group more than half pilots have (much) more than 900pts. At the end of the comp all pilots in the top ten (except Pilot “A”) were from group 2.

In case of group scoring the new scoring method is much fairer because in both groups the "average pilot" will get the same number of points (around 1000) wathever the best time is. if some care has been taken to make both groups of egal value this result is very fair.

It is proposed to use the "average time" instead of the "best time"in the F3F scoring formula. This modification has two advantages :

Don't be wrong ! This new method scoring will not affect the result of the pilot getting the thermal or flying very well, "killing" the group. The objective of this scoring method against the average time is to not impact the pilots compared to the other group where all pilots are flying around the same time.

Now that group scoring doesn't impact negatively the pilot scoring, why not consider group scoring to be used in every round for competition with more than xx pilots ?

We could imagine groups of pilots between 10 and 15 (or more) depending of the total number of pilot.

But to make the competition as fair as possible the composition of the group must be done carefully to avoid pilots to "meet" the same pilots several time. Such algorythm exists already in other categories like F3K or F3/5J, so could easily be adapted to F3F.

This approach would allow fair competition with large number of pilots, maximizing the number of round flown during the day as we can fly a group before the night, and resume the next day.

Of course all this must be studied carefully, with simulation, etc ...

But I really think that we should spend some time to evaluate the benefit of theses changes, and not stay on the current rules and complain.

So how to progress on all this topic ?

I was thinking that we could create a international working group with one representative of each (active in F3F) country, who could play the role of relay with the different national communities. This representative could be the official category representative of the country, or a delegate, an active and experienced F3F pilot. This working group could brainstorm, work on ideas, simulations and finally eventually propose some rule changes with a wide support, following the CIAM / FAI calendar. I know there is a wish of the FAI/CIAM to have such working group. 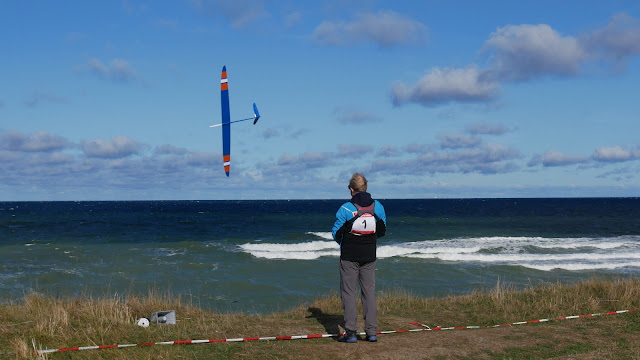