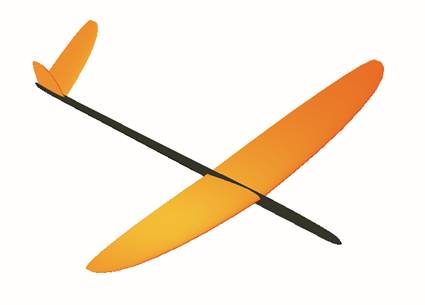 Information published are really impressive. The Pike Precision has been developped for F3B and F3F, starting with a measure campaign with onboard loggers, flying F3B anf F3F tasks. 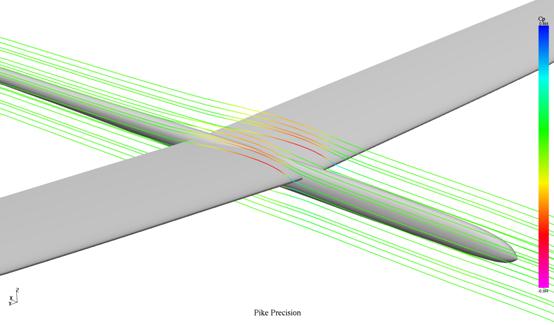 The aerodynamic design o fthe Pike Precision wanted to combine high capabilities in speed/distance F3B task, and what they call smooth flying in F3F (Does it means Energy management turn ? no idea).

Shape of the wing is approaching elliptical lift distribution and has 9 different sections along the wing. the tailplane use a symetrical airfoil, for low drag.

For F3F, The Pike F3F is deisgned to carry up to 2 kg of ballast in the wings without move of the CG to reach a flying weight of ~4.9 kg !!!

Structural design has been studied by Johannes Dillinger, and aeroelasticity has been considered to ensure that the aerodynamic design is not affected by the possible deformation in flight of the structure. 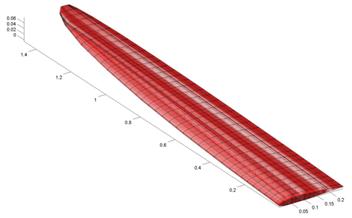 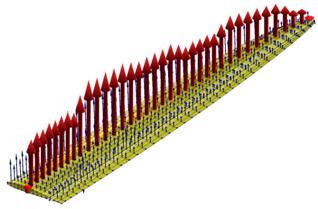 I invite you to read this paper with is really very interresting and show that the Pike Precision will be an impressive plane for competition.

For its first participation to a competition (Donovaly cup), the Pike Precision finished 4th which is very promising.

We will follow up the Pike Precision closely in the coming months !