2011 season has been disapponting as 4 contests over 10 have been unvalidated for weather condition or lack of participants. Just for information a contest is valid if there is more than 12 participants and at least 48 flights (4 rounds at 12, or 2 rounds at 24 participants, etc ...).

That said, the participation remained good, with a total of 63 participants, and about 30 pilots playing for a ranking. Season 2011 was the season of the Vampire with lots of them. The Alliaj HM remains a best seller. Ceres/Cyril are still good value. At the end of the season we saw the some FS4 and the new Pike Precision, both very promising. 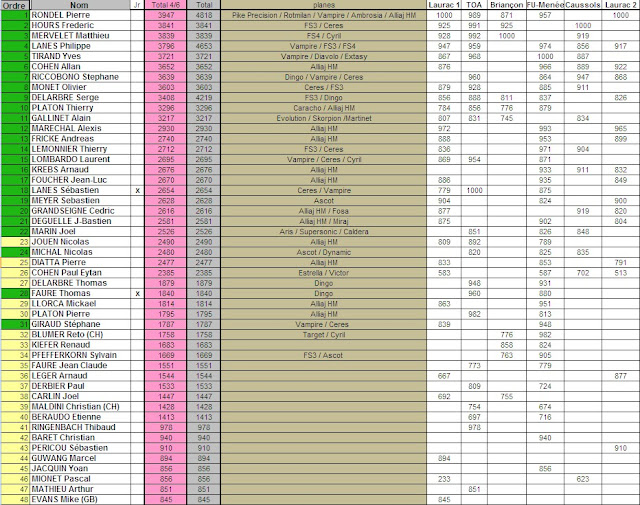