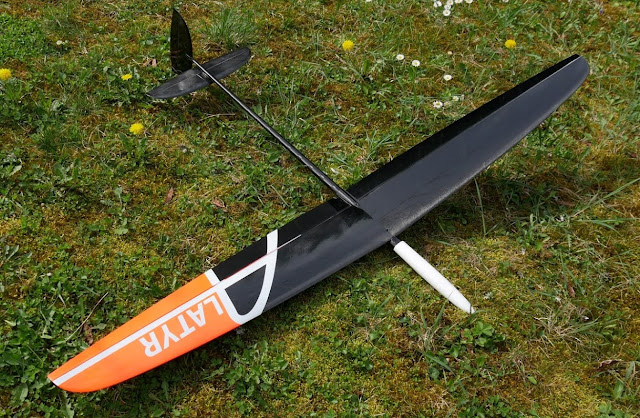 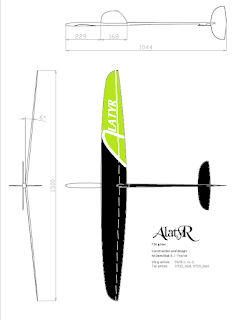 RTGmodel.sk also released a nice F3K competition glider called Alatyr (the name is again coming from the middle age mythology, Alatyr means the father of all the stones) that is available since January. The plane is designed by J. Pejchar who is already behind several F3K design. The Alatyr is at the standard 1.5m wingspan, 1.04m length and feature a Pe16 airfoils for the wing and the HT22 and HT23 modified section for the tail. Quality of the kit, which arrives with nice wing bags, tail and rudder covers, is just oustanding, in term of fit and finish which is not surprising knowing RTGmodel quality. The wing uses a foam core. Component weights are the following:
The kit comes will all the necessary accessories, including a servo tray and servo frames for the alerons servos. Below is the link to the photo album