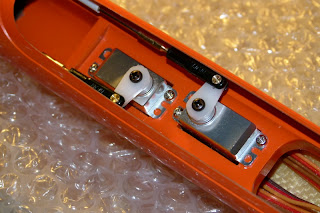 I finished the assembly of the Rotmilan. I used the DS6125-e (same case than the DS95) for the elevator. To terminate the elevator control tubes, I inserted and glued a small piano wire (5 cm long), then glued the M2 Treaded couplers with rapid epoxy, then pinched them carefully. On the elevator side, I used metal clevises, but plastic clevises from MpJet on the servos side.

All the universal/JR plugs has been crimped with the wire. this allow to prepare the exact length of cable.

In the fuselage, the MPX green plug is glue with cyano. then I protected the root of the wing and the fuselage with tape, and glued the green plug on the wing side with the wing in place. this gives a perfect alignment but can be a bit risky. In the past, it happened once where everything stayed glued together, too bad ! 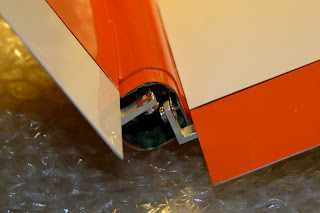 The battery is made from 4 cells Eneloop Power XX delivering 2500 mAh (2 + 2 configuration), with low selfdischarge. The receiver is the Jeti Duplex R8.

The final weight per component is:
Total: 2207 gr 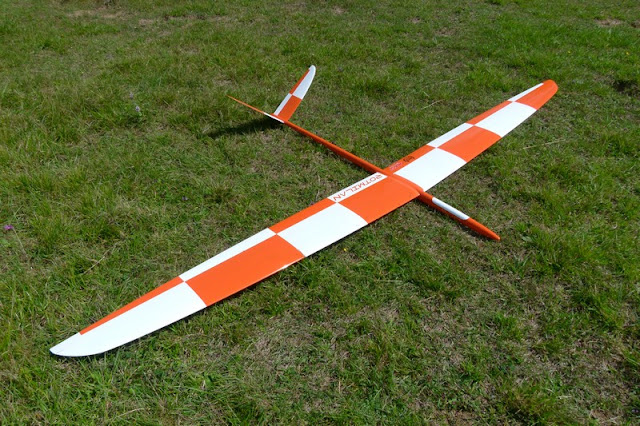 You can retrieve all the pictures of the assembly here
- August 16, 2011